Originally fitted to sixties Harley-Davidson Big-Twins and Sportsters, the Bendix carb is a popular choice for classic motorcycle builders and restorers who still ride their old scoots. They are relatively simple units that are easy to mount and easy to tune. Properly set up, they will provide good performance and gas mileage. 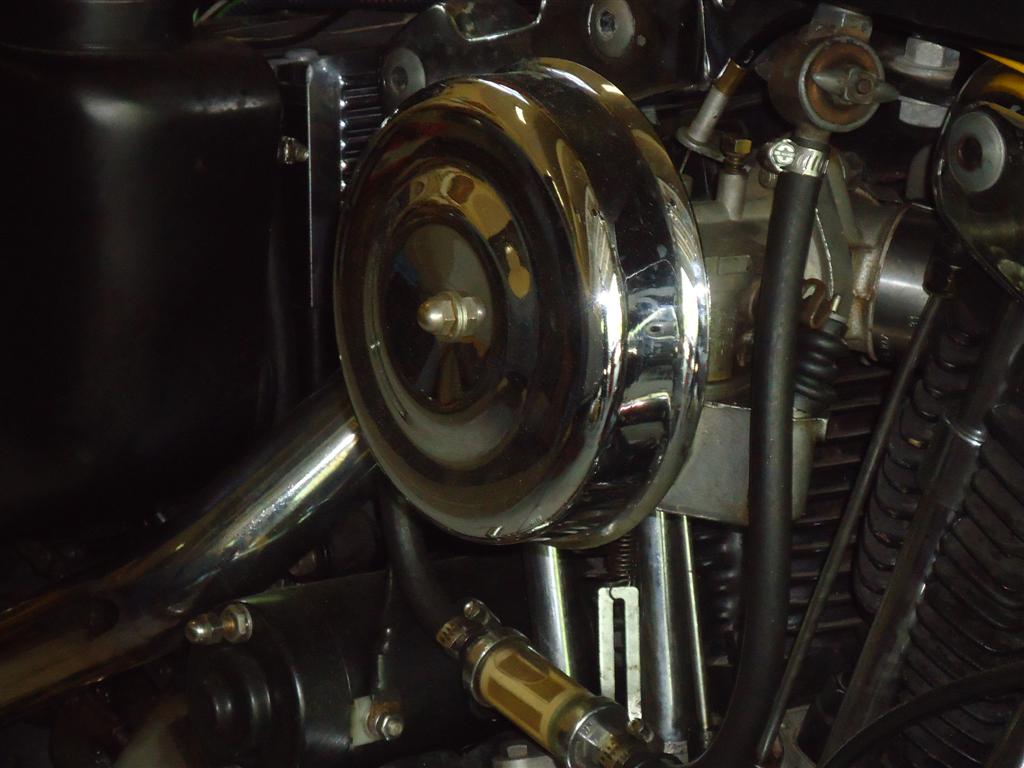 Big-Twin Harleys came equipped from the factory with 38mm Bendix carbs from 1971 through 1975. In 1974, the FL Touring models switched to Keihin, while the FX models continued using the Bendix.

From 1972 through early 1976, Sportsters were fitted with a 38mm Bendix carb. The larger, 80 cubic-inch Big-Twin motors may work better with the 40mm units.

Carburetor removal and disassembly is straightforward. It is held to the intake manifold with two bolts. The throttle-body is held on by the main jet tube assembly at the bottom of the carb. A 9/16" socket removes it. 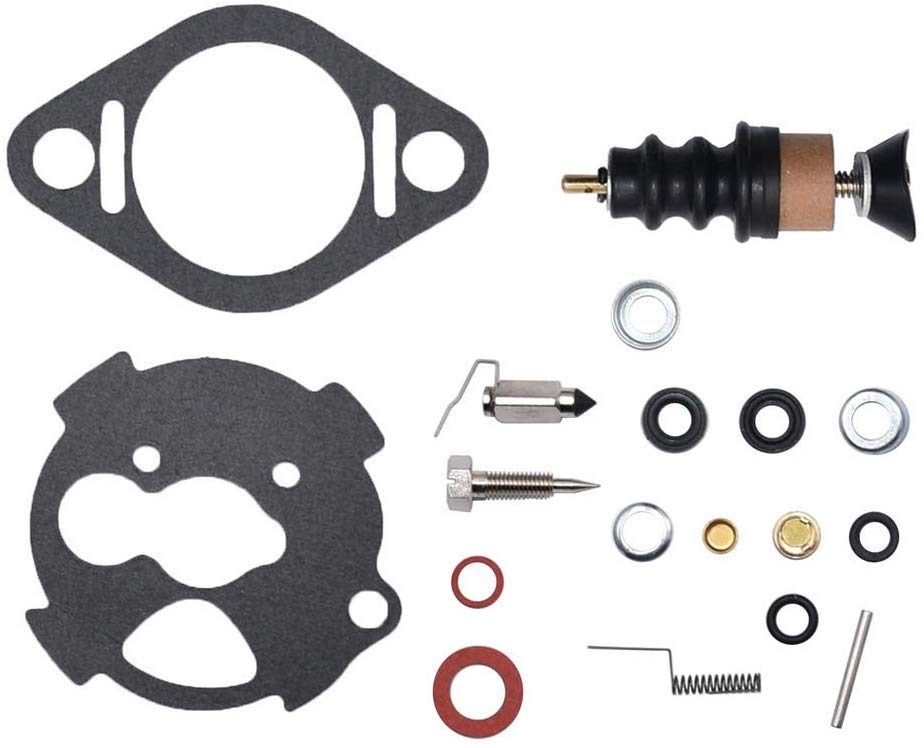 After completely disassembling, check all parts. If the float is gas-soaked, it may be able to be repaired with brazing. 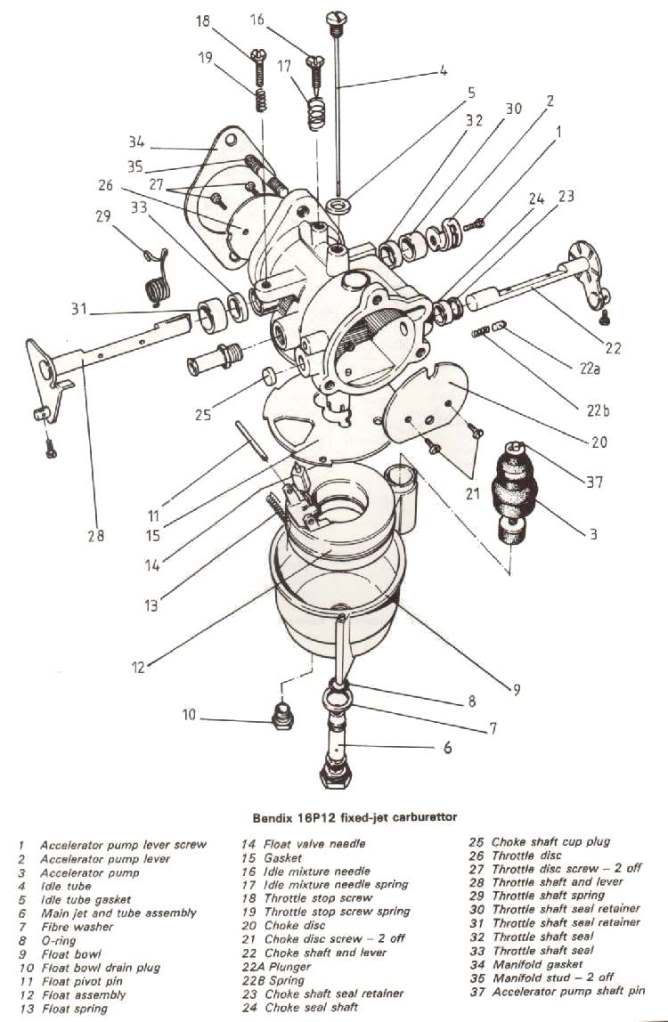 Consider investing in a gallon can of Berryman's Chem-Dip and soak the body and float bowl (not the float). This stuff will dissolve the old dried-up remnants of fuel and remove any sludge. Be careful - Chem-Dip will eat plastics, puff up gaskets, remove paint, and other nasty things. 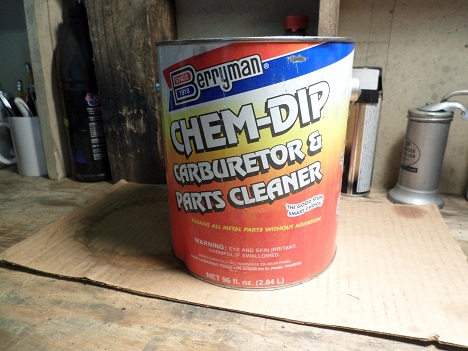 After soaking, a little brushing from a nylon brush will help clean things up. Rinse the carburetor and parts with water and blow dry.

To get a good cleaning without soaking the carb in Chem-Dip, spray down into the fuel wells with carb cleaning spray enough to make it puddle, then let it sit overnight. Rinse the carburetor and parts with water and blow dry. 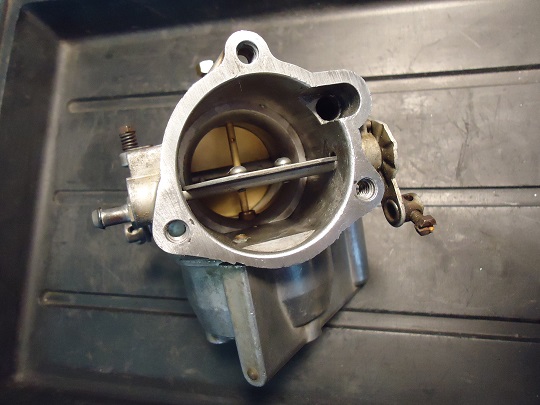 After soaking it, you'll still need to run something through the small passages to clean out the stubborn junk. You'll be surprised at how much stuff comes out of the ports. 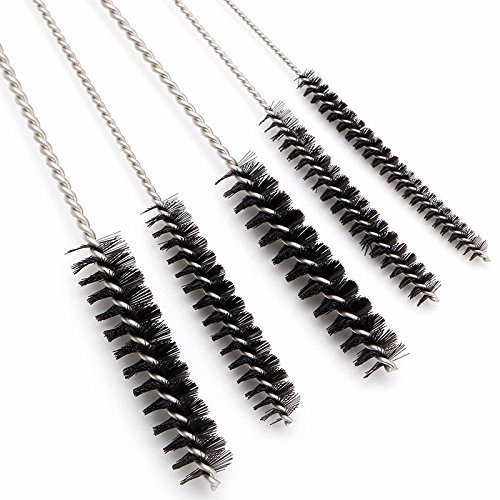 Around the top of the brass fuel tube assembly there is a fiber washer and an O-ring. The O-ring will rot away over time and will allow fuel to leak into the intake manifold. There should be a new one in the rebuild kit (buy a quality kit). Harley-Davidson still sells the USA Zenith part under number 27762-71TA. 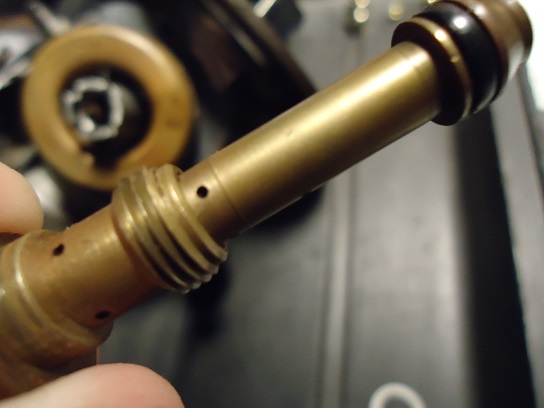 After cleaning and blowing out all fuel circuits and air passages with compressed air, reassemble the carburetor. Allow parts to sit (preferably overnight) to ensure all parts are dry. Remember to install the new throttle shaft seal. 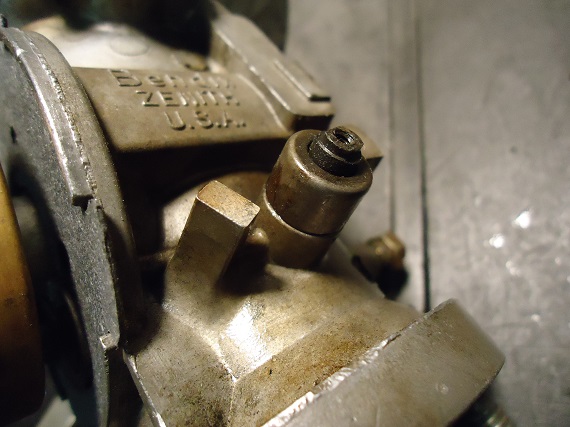 If you have an original Harley Bendix carb, you may want to re-use the old steel needle, as the newer ones are Viton-coated, which may have issues with Ethanol-blended gasoline. 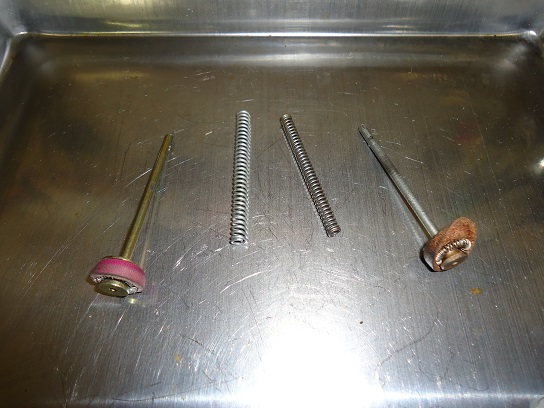 Turn the carb body upside down and install the new bowl gasket. Float clearance is measured from the end of the float to the gasket, and should be 3/16". An easy way to measure this is with a 3/16" drill bit. 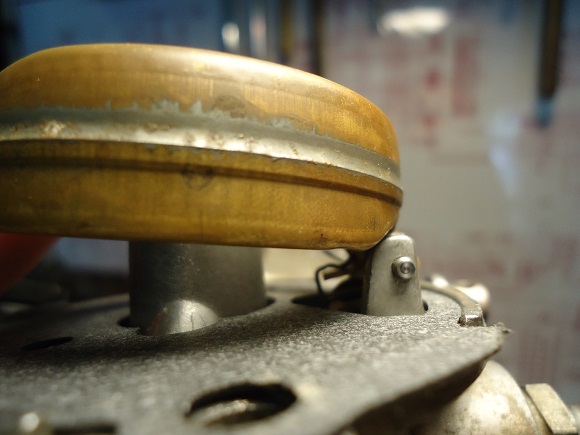 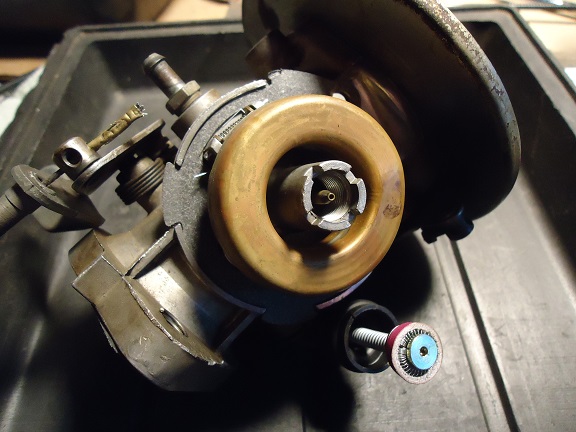 Once the carb is rebuilt and back on your bike, screw the main jet needle (closest to the air cleaner) inward until the spring is almost but not quite coil-bound (the original spring is about 5/8" long). Then turn the needle four full turns out. Next, set the low speed needle (closest to the engine) one full turn open from the closed position. After starting the engine, some minor adjustments may be needed to "dial it in". 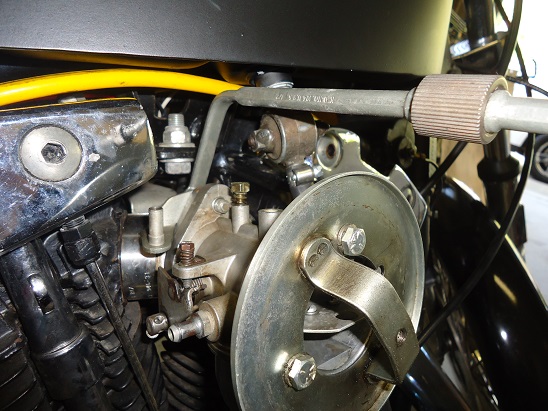 The Bendix HD 16P12 unit seen in this article is off my old 1976 XLH Sportster. It is the fixed main jet style. Like other Bendix models, it has a dual venturi and uses an accelerator pump.

Currently, you can still a buy a fixed non-adjustable main jet 38mm Bendix carb. These carbs are designed to replace OEM 27155-72B and use a single cable throttle assembly. 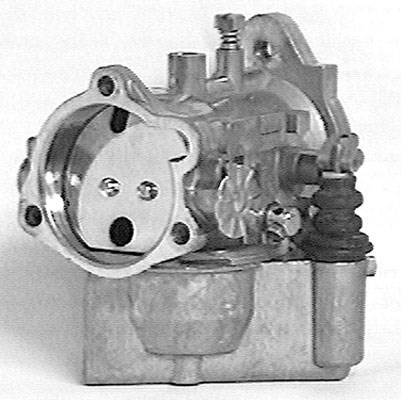 Being a compact unit, the Bendix sits "tucked in" and allows you to run almost any type of air filter. Round chrome is a popular choice. The one in the picture is a vintage Gary Bang unit.