If you're experiencing clutch slippage with your 1971-up Ironhead Sportster, and you've already tried lubing and adjusting the cable, it's time to remove the primary cover and see what's going on. 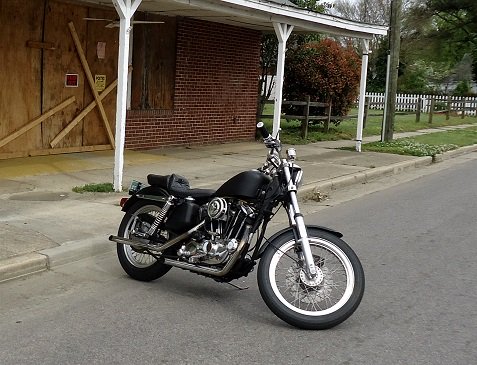 Slippage can be caused by worn friction discs or weak spring tension. If your clutch is dragging or not releasing, the clutch discs may be gummed up or warped.

1957-1970 Sportsters have a dry-clutch and are not covered in this article.

This article covers 1971 to early 1984 Ironheads with a wet clutch. Late 1984 and up Sportsters have a different clutch setup and installation/removal procedures are slightly different. 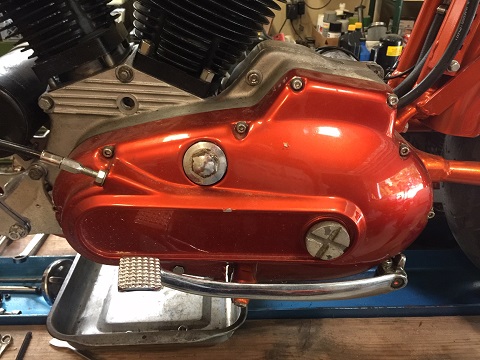 Stabilize the bike in an upright position. If you don't have a motorcycle work stand, put the front wheel into a chock or clamp so the bike is vertical. Another way is place a piece of wood under the kickstand so the bike sits more upright (careful it doesn't fall over the other way). 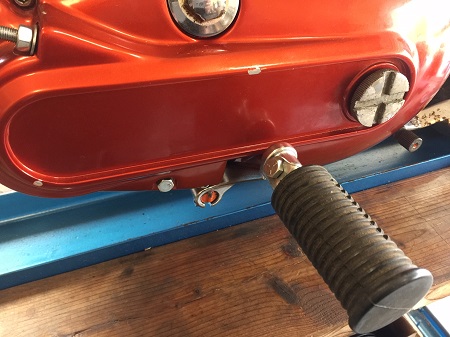 Remove left foot peg and rear brake lever on early bikes/shifter lever on later bikes. Place a drain pan under the motorcycle. Remove the bottom oil plug from the primary cover and drain the oil. 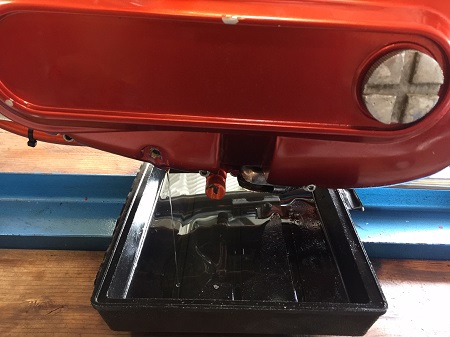 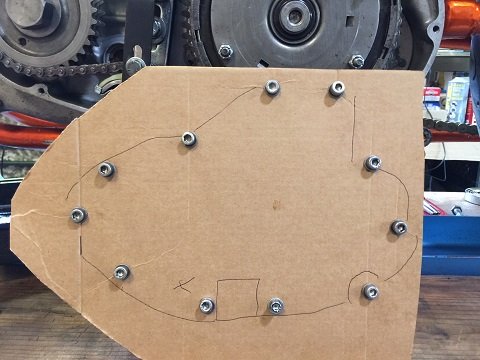 To keep the bolts in order, I punch holes in the shape of the cover in a piece of cardboard. Not only does this prevent them from getting lost, it also saves time on reassembly.

To remove the six pressure plate nuts, a clutch spring compressing tool is needed to take pressure off the clutch assembly. You can either buy one, borrow one, or make one. 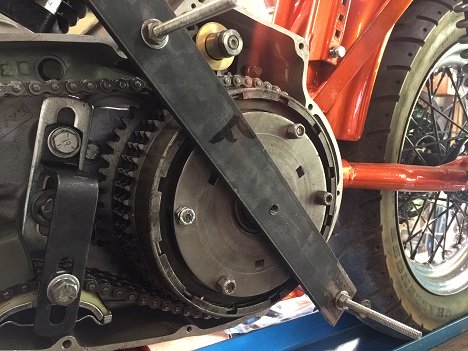 After you have removed the six lock nuts, slowly back off the two nuts holding the tool to the primary cover.

With a flat-blade screwdriver, remove the large retaining ring from its groove in the clutch shell. The first clutch piece to come out is the outer drive plate.

The metal ring with the six studs inside the clutch shell is called the pressure plate, or clutch backing plate. It is removed by holding the studs and pulling it out.

Once the clutch plates are out, inspect each one of them. The friction plates come with oil grooves in them. If the grooves are gone, replace the plates. Also check for burns or scores, indicating they have been overheated.

Check for warped steel plates. A little blueing is OK. If the plates are rusty, pitted, or grooved, replace them. Clean all parts before reassembly - wipe the steel plates with a clean cloth or rag - do not use cleaners. 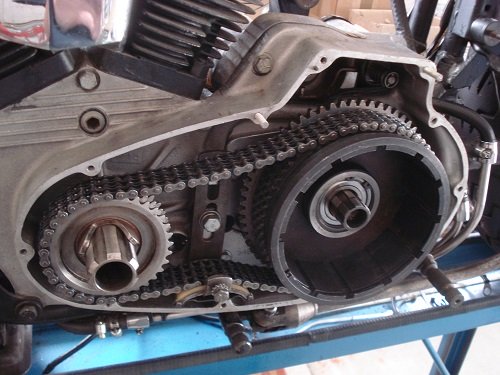 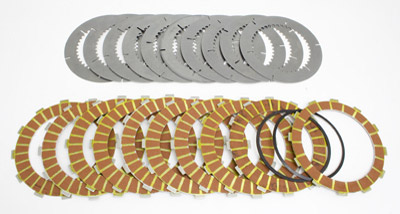 Tighten the tool until you can thread the lock nuts (1/4"-20) on at least three of the six studs. Tighten these nuts on the studs until the others show enough threads to be started. 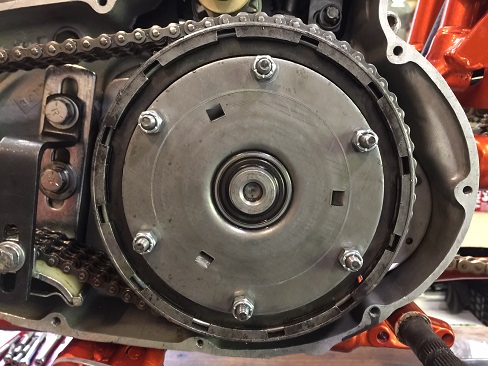 Tighten all six nuts evenly. Do not re-use the old nuts - buy new ones.

Before installing the primary cover, inspect the inside of it. Make sure that none of the three ball bearings in the clutch cable release mechanism are missing or distorted. A ball out of round will cause binding, and the clutch will fail to function properly. 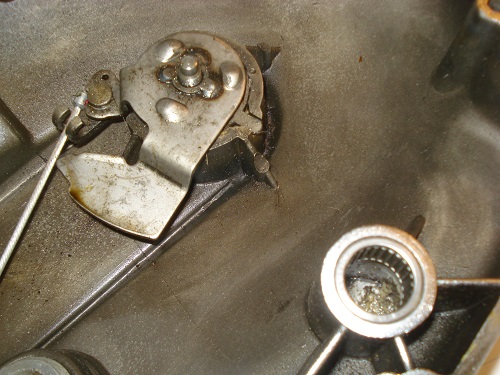 Time to refill the oil. Remove the top oil plug and bottom oil plug. Add oil through the top plug until it starts coming out the bottom plug, then re-install both plugs.

Fill with the same oil as you put in the motor.

To adjust the clutch, unscrew the large assess plug. (using the side of a wrench works well). Loosen the locknut. With a flat-blade screwdriver take up the free-play on the adjusting screw, then back off a 1/4 to 1/2 turn. Basically you are turning it in until you feel pressure, then backing it out some. The backing off is to make sure the clutch is fully engaged. 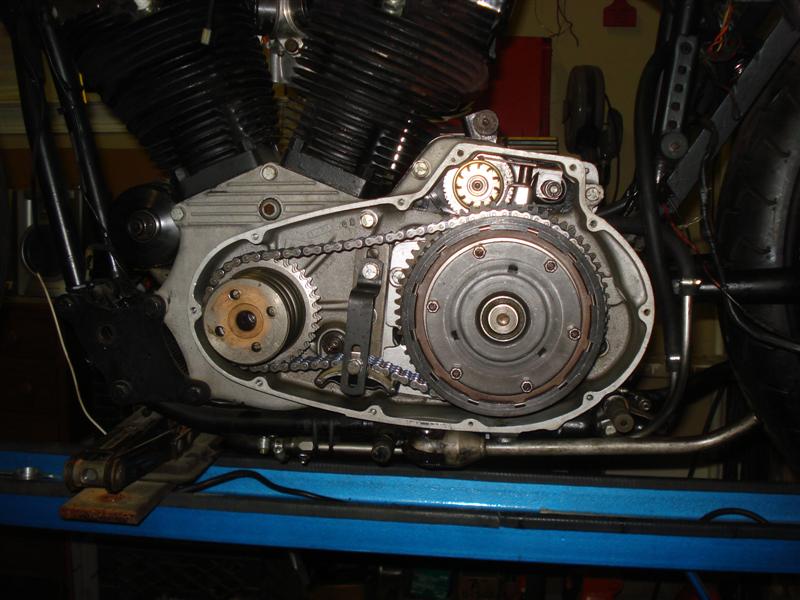 Tighten the locknut without moving the adjusting screw. Make sure there is an O-ring on the back of the assess plug before re-installing (to prevent a possible oil leak).