With over 50 big and small individual pieces, overhauling an Ironhead transmission requires attention to detail and a lot of checking and rechecking. A well-intentioned DIYer can easily cause damage by forgetting a retaining ring or installing a wrong-size thrust washer.

Although the Sportster unit transmission is complicated to assemble, there is no groundbreaking technology here. Similar to engine building, the skills needed tend to be acquired as you go. The first step is to learn how to remove it. 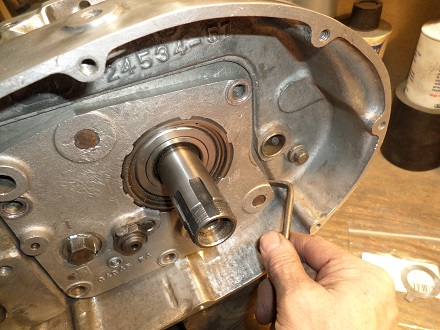 An Ironhead transmission is easier to understand when broken down into categories:

The mainshaft sits above the countershaft and is longer. It rides between the clutch gear bearing in the trap door and 23 loose needle bearings in the right-side engine case. 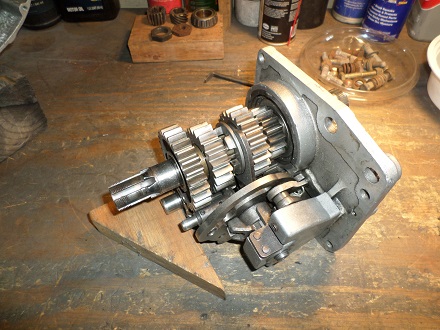 From inside to outside, the four main gears are 1st, 3rd, 2nd, and 4th. This is done for fitment reasons.

Later Sportsters with wet-clutch setups (1971 up) have a solid mainshaft. 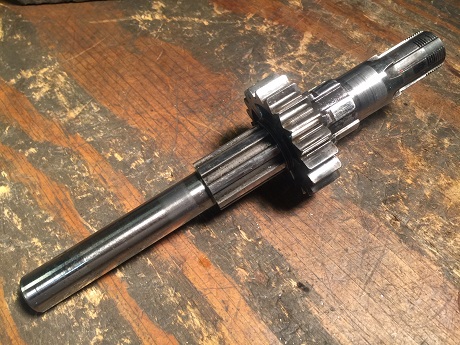 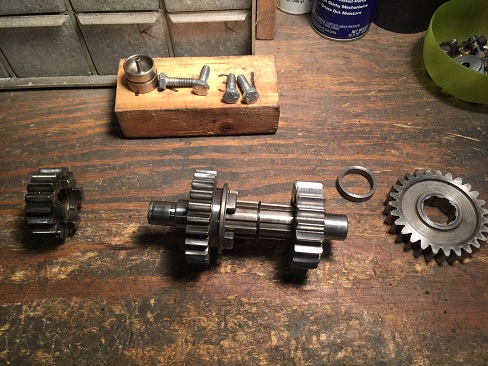 There are two different countershafts for the four-speed Sportster transmission. The early style was used from 1958 up until early 1984. The later countershaft is used on both Ironheads (1984-1985) and early Evo Sportsters (1986-1990) until the last year of the four-speed. 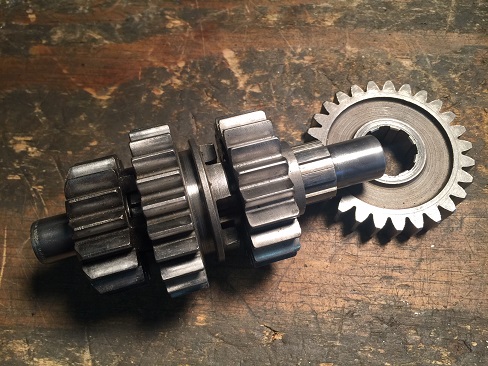 Both transmission shafts should be checked for straightness. The picture below shows checking mainshaft straightness on my homemade flywheel truing stand. Anything past .003" is questionable. 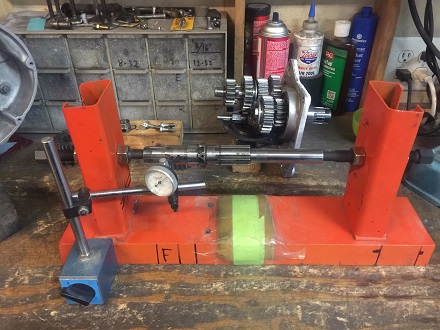 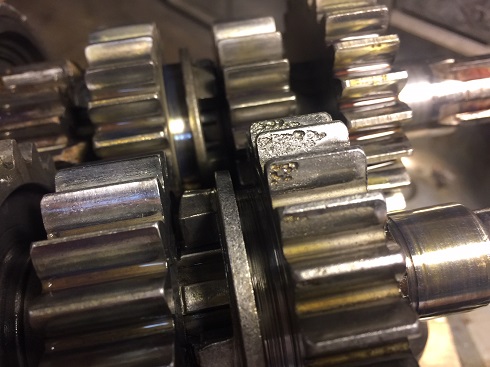 The picture above shows a badly pitted countershaft third gear.

The transmission access cover on Sportsters is commonly called the trap door. It is mounted with four bolts that do not require washers. 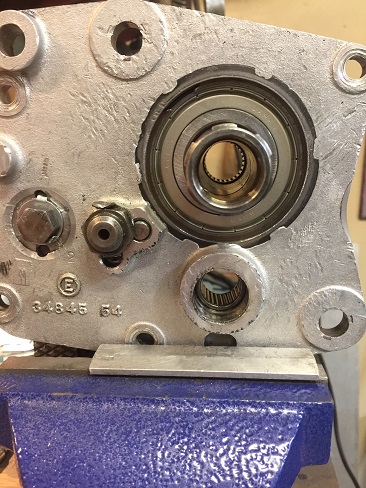 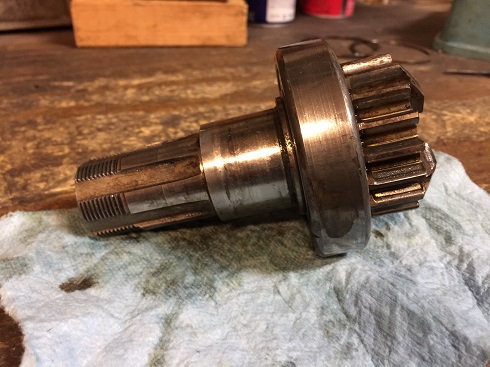 The oiler plug sits outside the open needle bearing and press-fits into the trap door. Before installing the oiler plug, check countershaft end play. Once installed, the oiler plug should stick out of the case about 7/16" with the hole facing up. 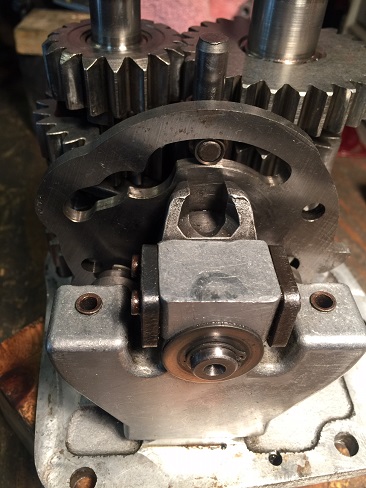 All transmission gears need to roll free without any noise or binding. The two slider gears need to be spaced apart as equally as possible. The most common way to adjust gear spacing is to replace the shift forks with different sizes until proper clearances are obtained. 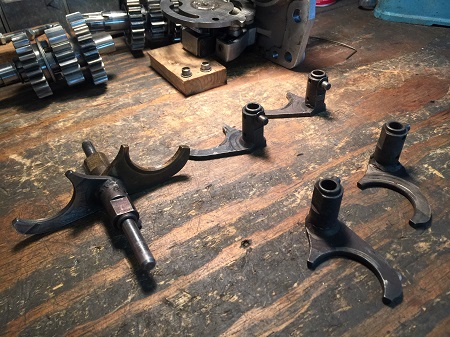 Although only two are needed, a meticulous builder may remove and install half a dozen shifter forks before the correct gear clearance is obtained. 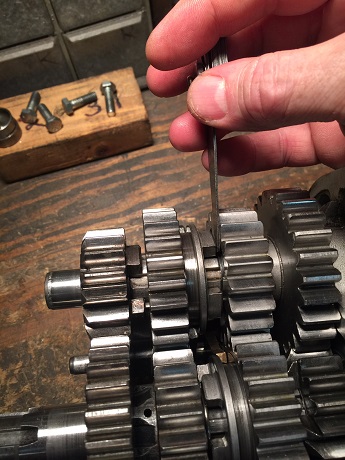 Mainshaft and countershaft end play need to be established and adjusted before final assembly.