Article and Pictures by Mark Trotta 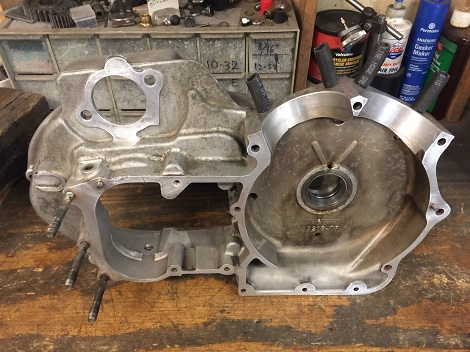 After the flywheel assembly is back together and trued, engine re-assembly can begin. Here's what you should have ready:

Whereas 1957-1976 Sportster engines have a single bearing race and two bearings, '77 and later models have two separate races and two bearings. The inner and outer sprocket shaft bearings are the same in both early and late styles, and should always be replaced as a set. 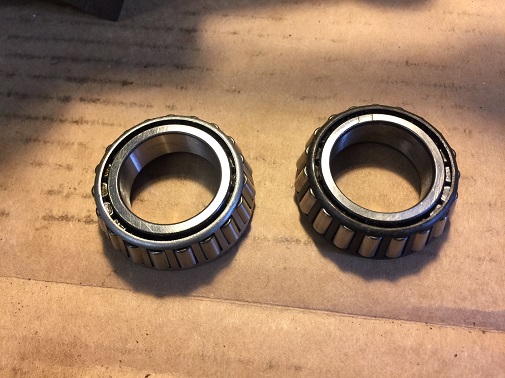 The inner sprocket shaft bearing is pressed on until it bottoms out against the shaft shoulder. A shop press is most often used for this procedure, but the bearing can also be installed by heating it up and slipping it over the shaft. 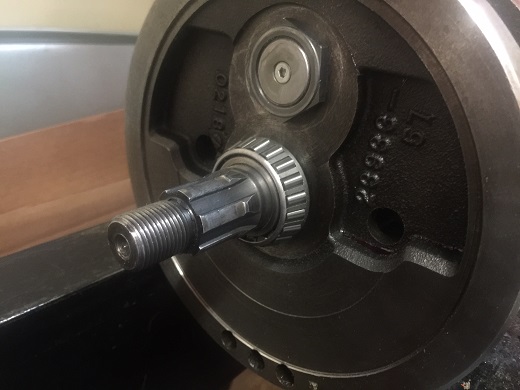 Lay the left engine case over the sprocket shaft, propping the back end up. Install the spacer, and then the outer sprocket shaft bearing. 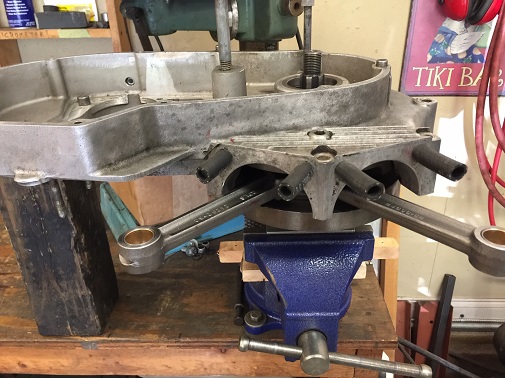 Installing the outer bearing is best done with the factory-type tool #97081-54 (or equivalent). Crank down on the tool until the bearing is completely seated. 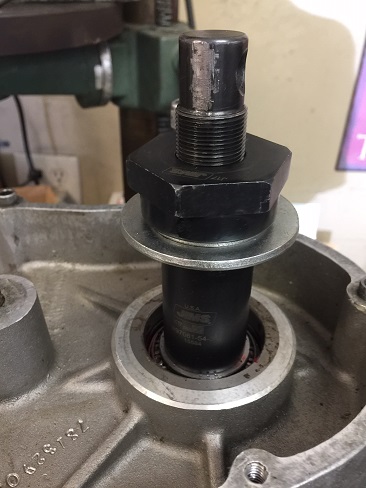 Many DIY mechanics heat up the bearing and then slip it on the sprocket shaft. The trouble with this method is, it's hard to tell if it's on all the way. When you use the tool, you can feel the new bearing "bottom out" on the shoulder of the sprocket shaft. 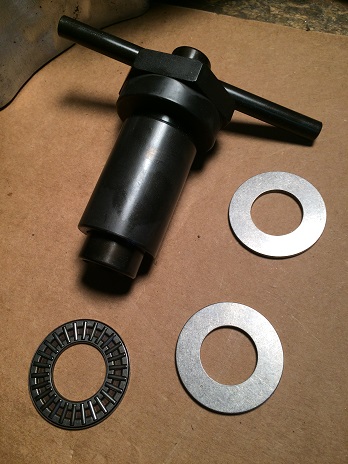 The outer sprocket seal can be installed with the 97081-54 tool.

With the flywheel assembly installed back into the left engine case, prop it up on blocks of wood. 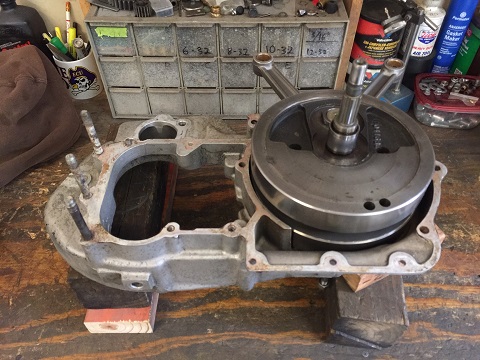 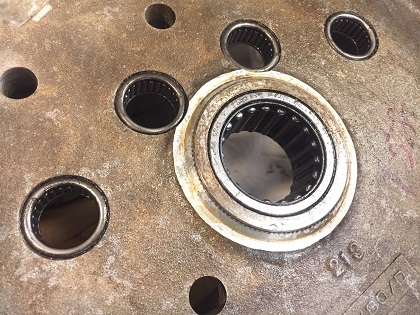 When replacing, the pinion bearing gets pressed in and out of the right-side engine case. When done, the bearing should be flush with the inside boss.

There are dozens of products to seal engine cases, and the ones that are sold at automotive parts stores are almost always wrong for your motorcycle. For several reasons, I prefer anaerobic gasket sealant. 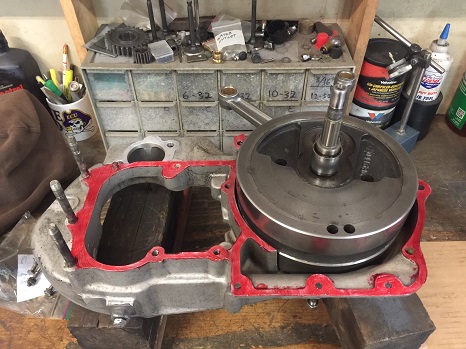 After spreading a thin coat of sealant on both case halves, wait a few minutes for them to get "sticky". 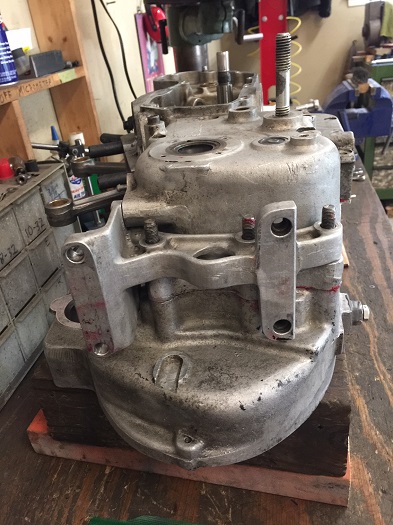 Once the cases are together, start installing the case bolts, just hand tight. Once they are all installed, tighten them evenly. On 1979 and later motors, there is one Allen-head engine case bolt. The others are 7/16" and 1/2" six-point hex head bolts.

I pour a bit of engine assembly lube inside the connecting rods and anywhere else it can reach. I also lubricate the pinion shaft bearing with engine oil. 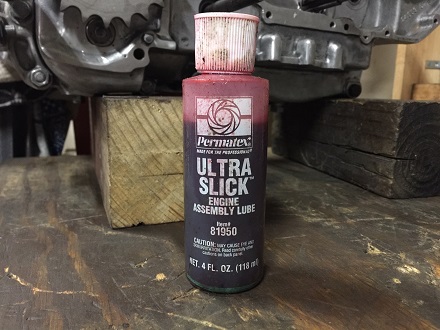 At this stage of reassembly, I put the motor onto an engine stand. If you don't have a stand, you can continue assembling the motor on blocks of wood. 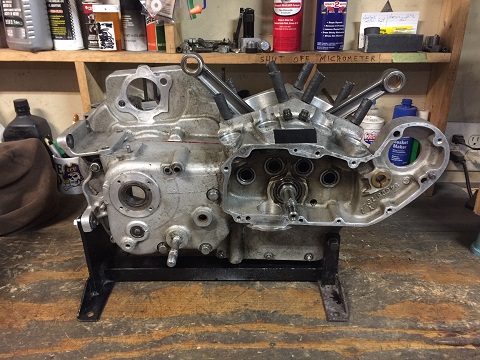 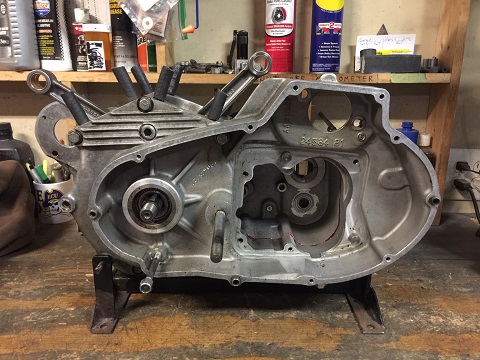 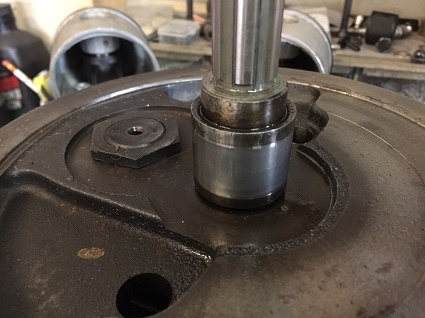