If you're having charging problems with your Sportster's generator system, the least expensive solution is a generator to alternator swap. As an added bonus, your bike will lose several pounds of weight in the conversion. 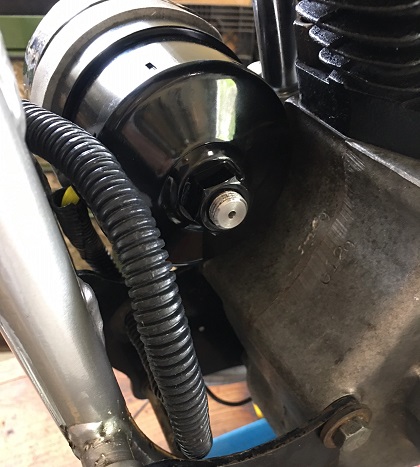 This alternator conversion kit, V-Twin part # 32-1673. gives you a black alternator and a black voltage regulator. 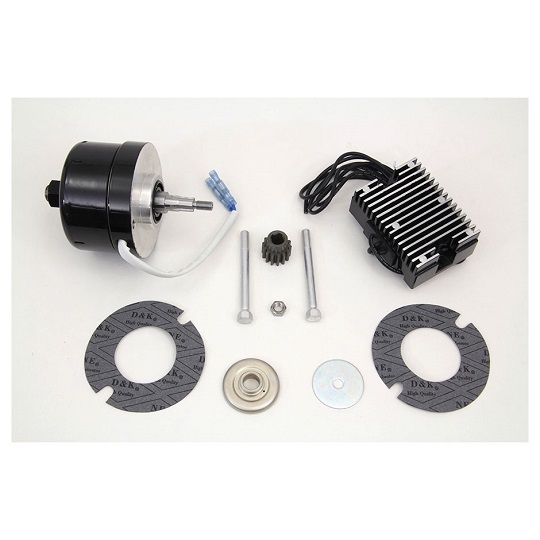 The alternator itself is compact, about 3-1/4" long, and weighs half as much as the original generator. It has a rating of 17 amps at 1000 rpm.

Mounting the alternator kit is fairly straightforward. First, remove the old generator and remove the gear from it. Sometimes this requires a gear puller. 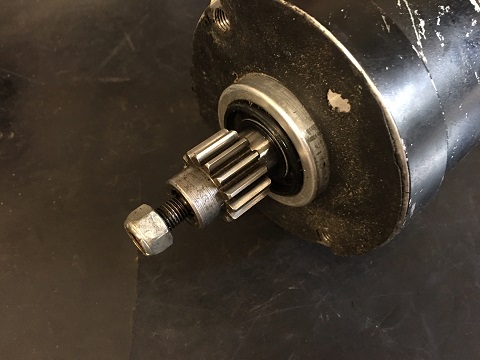 Next, install the old gear on the new alternator. After mounting the gear it gets secured with the supplied 5/16" nylock nut. 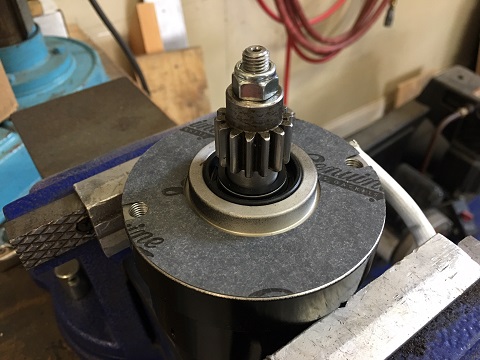 If the splined part of the alternator shaft is still seen after the nut is on the gear, you'll need to remove the nut and install a 5/16" flat washer underneath it.

The alternator mounts to a stock XL cam cover with two 5/16" bolts.

The voltage regulator can be mounted in several spots. On the 1981 Sportster, I mounted it in the stock location, on the front down-tubes. 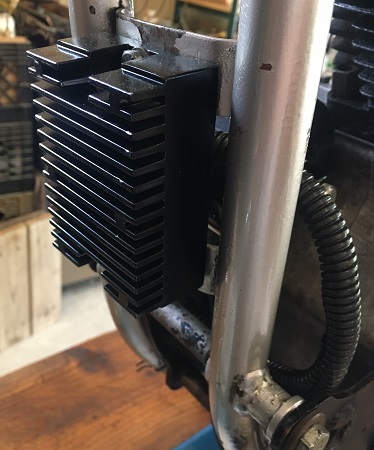 It can also be mounted behind the battery on the left. For this, you'll need to run two wires up to the alternator. 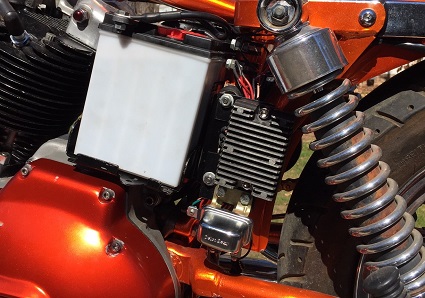 NOTE: After the bike has been running for awhile, re-tighten the two mounting bolts.

Problems with Generator to Alternator Conversion

If a clunking noise is heard once installed and running, stop the bike, remove the alternator, and re-tighten the gear. Make sure that the splines are not extending past the gear. If so, add the supplied washer.

Another negative about this system is that there is no simple way to keep the indicator light. If anyone knows how to, please email me.

They'll always be a debate on whether to convert old Harleys from the factory generator to an alternator. But installing an alternator kit is cheaper than having the stock generator rebuilt, or going with a Cycle Electric generator. 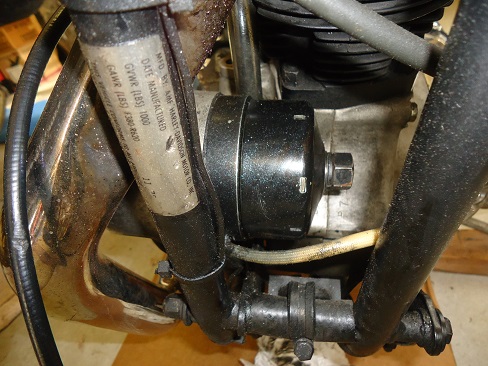