Purchased as "parts only, non-running", this Harley 45 flathead engine was locked solid - no flywheel movement at all. Missing pieces included cylinders and heads, generator, timer, intake manifold, and carburetor. 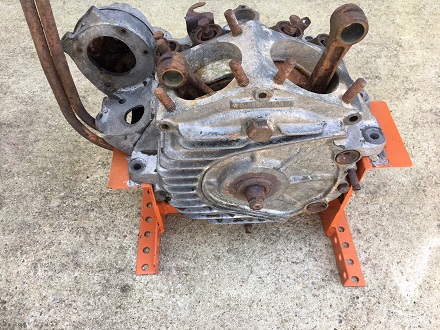 Overall, what was left of the motor looked good considering it's age. Visual inspection revealed no cracks, broken bolts, or stripped screw heads. 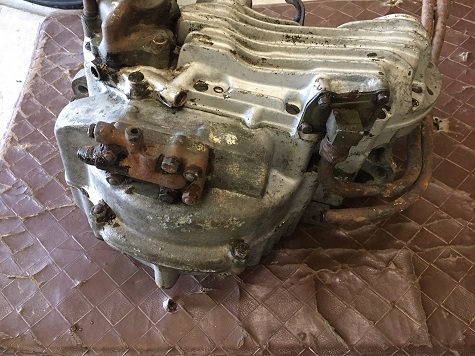 The VIN number was clean and the belly numbers matched.

According to the previous owner, the motor "sat outside for awhile". Because of this, I decided to soak the engine in oil before the disassembly process started. I wanted every nut and bolt to come off as easily as possible. 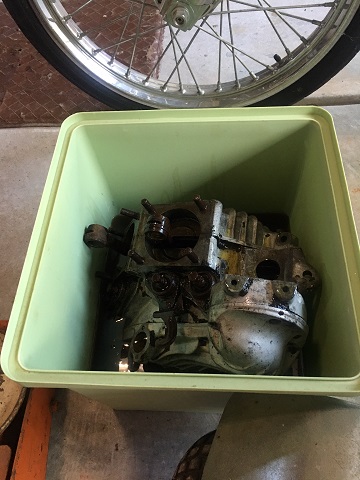 After removing the breather tube, I scrounged up a plastic tub that the motor would fit into, and filled it with four gallons of motor oil. 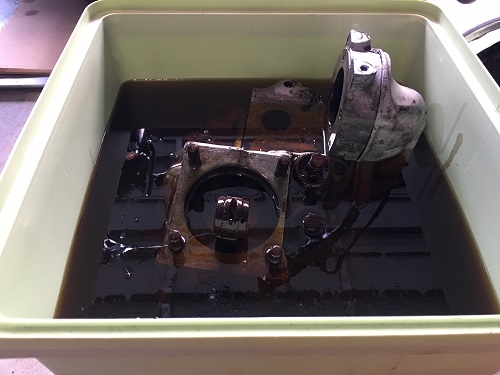 The motor soaked for two months before being pulled out of the oil, then placed into a flat drain pan. Most of the cleaning was done with cans of brake parts cleaner, compressed air, and shop towels. 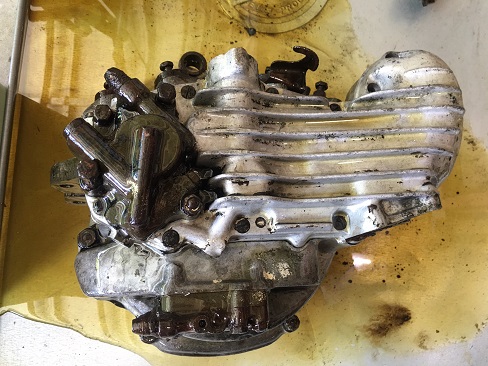 On a Harley 45 engine, the generator, oil feed pump and ignition timer need to be removed before the gear cover can be removed. One bolt and three nuts hold the feed pump on.

The gear cover is set onto dowel pins and is secured by ten screw-head bolts. 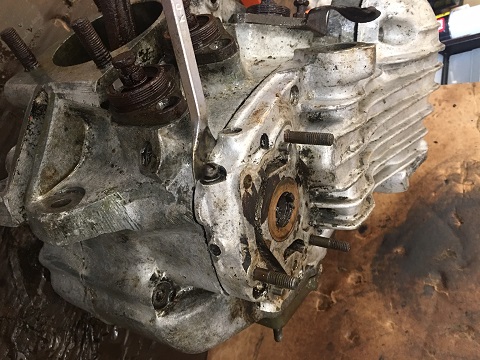 A little coaxing with a gasket scraper and light hammer. 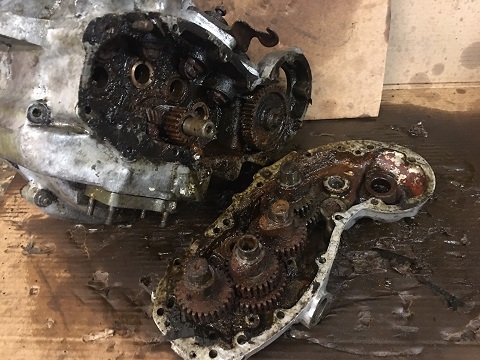 As is evident from the pictures, the motor collected a lot of dirt and debris from sitting outside with no top end. 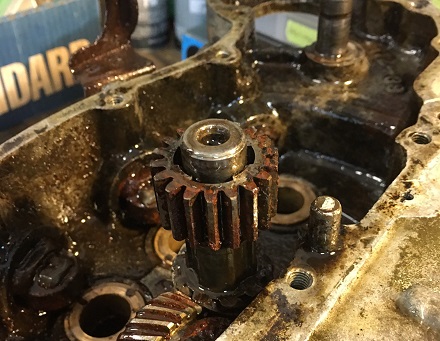 The scavenger oil pump is mounted with four studs and nuts. Removal required light tapping with a small hammer and punch. 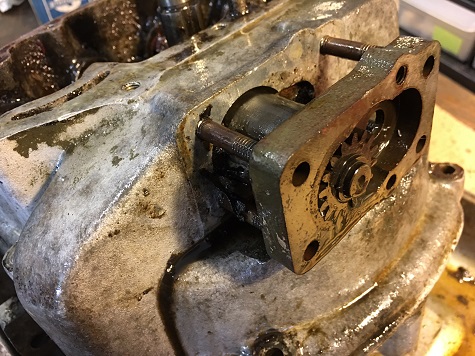 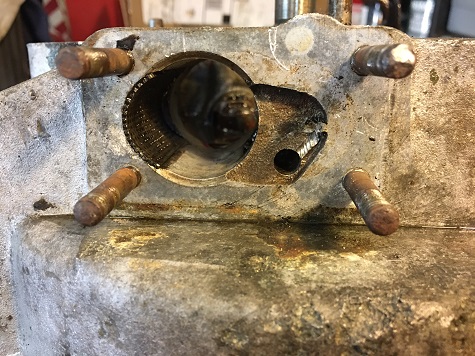 Harley 45 engine cases are held together with two bolts that thread into the case, and five studs with nuts on either end. 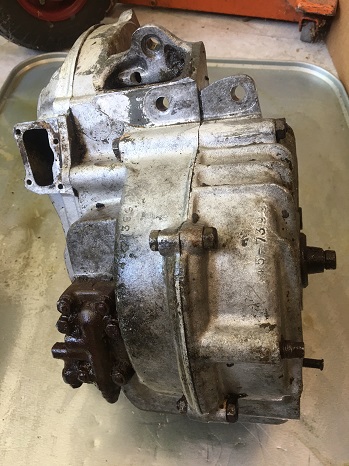 The studs were driven out with a flat-ended punch and hammer. 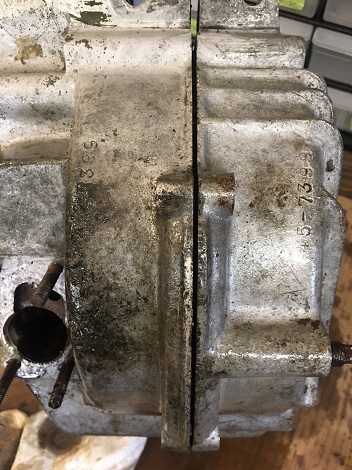 With the help of a gasket scraper and light hammer, the right case separated from the left case. 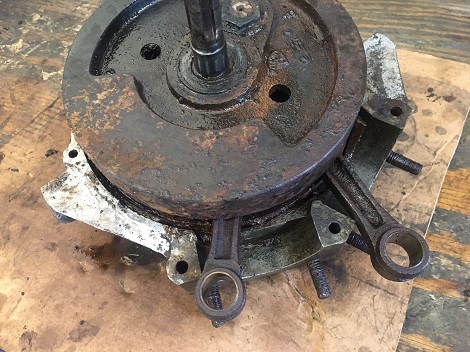 The flywheel assembly was pressed out of the case in a hydraulic press. 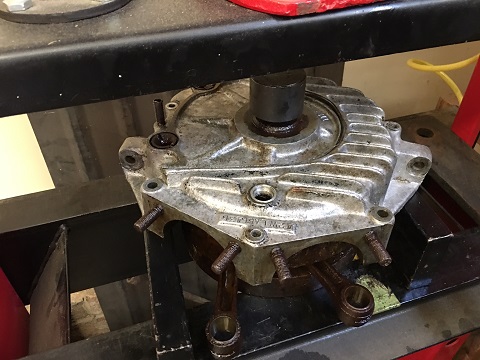 The reason for the frozen flywheel was now apparent. 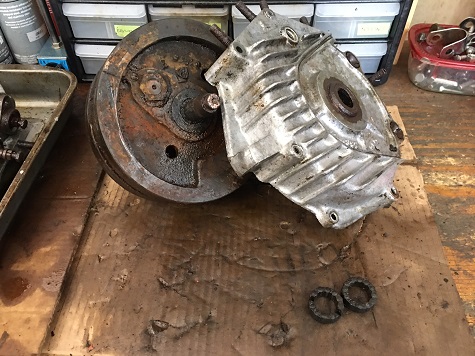 The roller bearings and cages were rock solid from years (perhaps decades) of non-use. 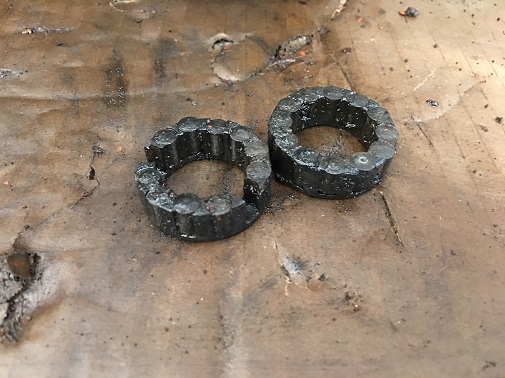 Even after the soaking, the valve tappets and blocks wouldn't budge. 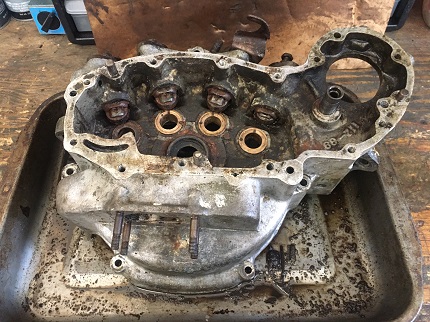 I decided to stop and put the the right-side engine case back into the container of oil, where it soaked for another two weeks. But even after the second soaking, three of the four valve tappets and blocks wouldn't budge. 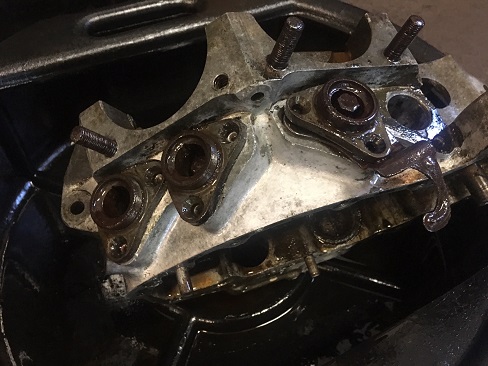 Next, the engine case was placed in an oil drain pan, then sprayed down with penetrant. Every morning, I'd spray them down, and then again in the evening. After a week's time, they still wouldn't move. 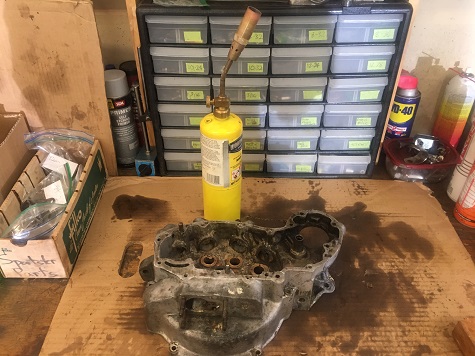 Finally, I heated the valve tappets and blocks with a torch (Map gas), then slowly tapped them out with a hammer and punch. 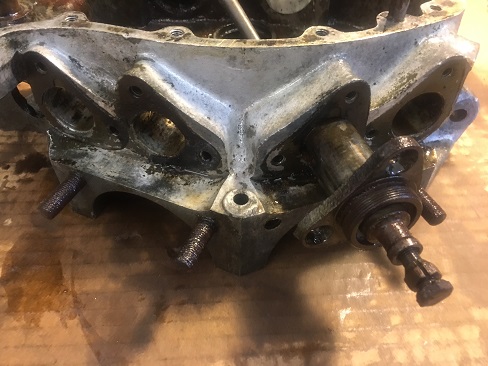 Once the tappet blocks were out of the case, they were placed in a vice. 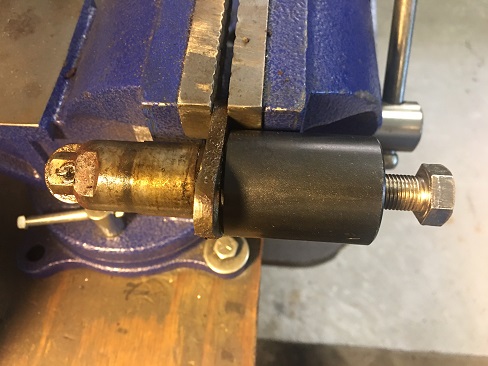 A tappet removal tool is required to remove tappet from the block. 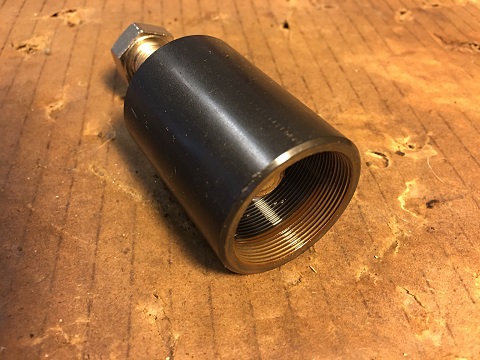 After the engine was stripped down to left and right cases, visual inspection revealed no cracks, broken edges, or stripped threads. 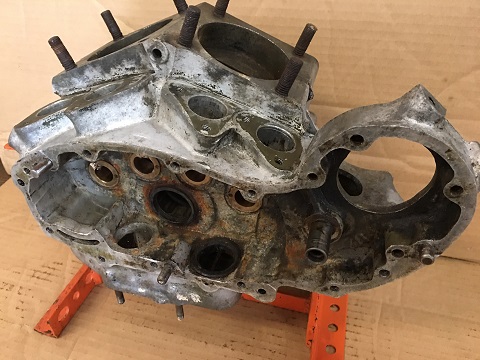 The cam cover cleaned up nicely. 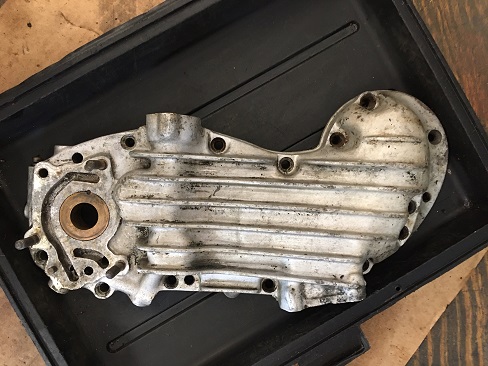 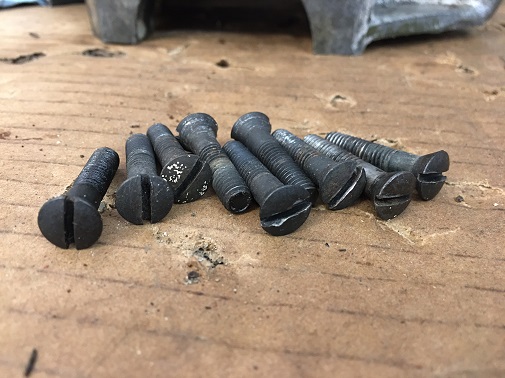 Most of the bolts on this engine will be re-usable.

After being cleaned up on the wire bench wheel, the cams were found to be too pitted for further use. 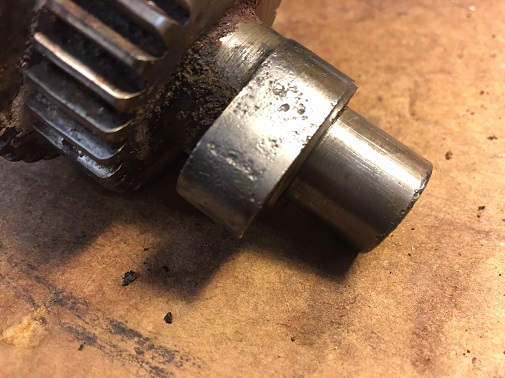 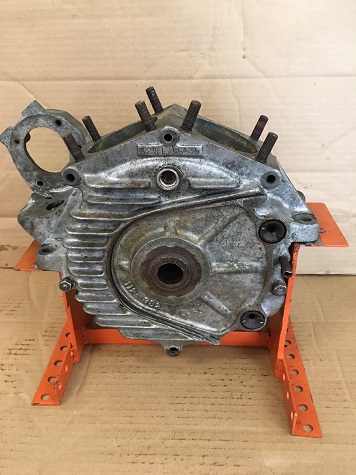