After the Harley 45 bottom end was completed and the scavenger oil pump was in place, the idler and cam gears could now be installed on the engine. 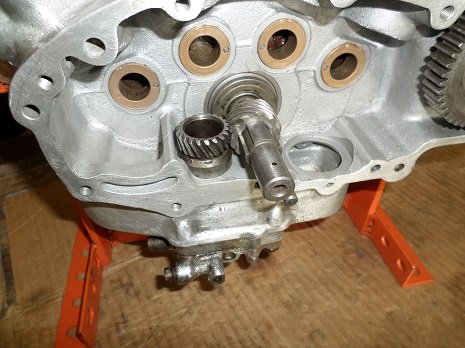 The four valves, crankcase breather, timer, oil pump and generator all depend on proper cam timing to work correctly. 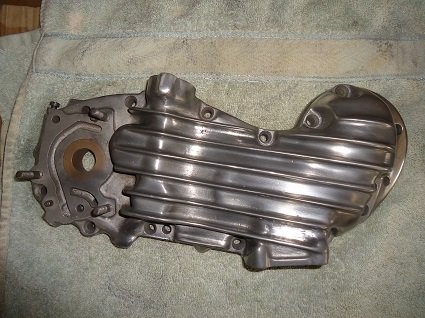 Lay the cam cover flat so the inside faces up. With a little motor oil on the cam teeth, stand the cams upright in the bushings. Turn slowly and check for any binding. If there is, stop and find out why. 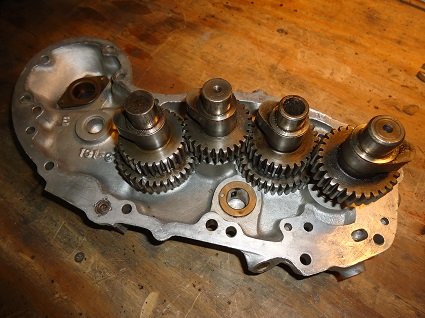 Cam timing is critical to a good running engine. First, turn the motor over slowly until you can see the flywheel mark in the timing window.

The pinion gear will only go on the shaft one way. Align all cam timing marks off the pinion gear mark. The cams are aligned to each other by lining up the notches on the outer face.

Starting at the flywheel mark, install the cams in this order: rear exhaust, front intake, rear intake, and front exhaust. The notches on the cams won't line up exactly - that's how they are. After all cams are in place, slowly rotate the engine. Once they all turn together, you can see if they are lined up correctly. 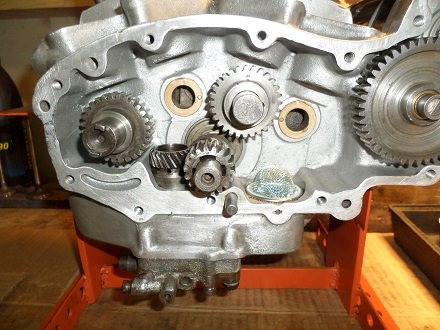 During engine assembly, you will be installing and removing the cam cover several times. The cover should go on with little or no effort. Only if necessary, tap the cover on carefully with a soft mallet. 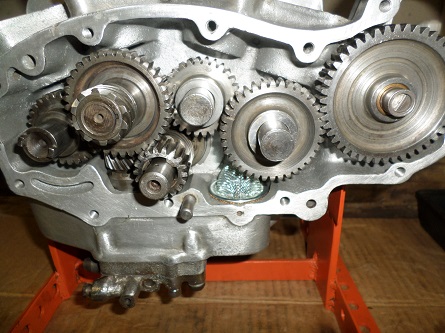 Now, slowly turn the motor over by hand. Check for binding or excessive play. If there is either, stop and find out why. If all is well, remove the cam cover, install the idler gear and generator, and check for binding again. Doing this in two steps isolates what is causing any potential binding.

If no binding is felt, cam end clearance can now be checked. With the cam cover on and tightened down, but with tappets not yet installed, slide a feeler gauge down into the open tappet-block hole.

I like to check cam end play without shims first, write down the measurements, then add shims as needed. Acceptable cam end play is .001" to .005".

Most Harley 45 engines left the factory with one steel shim washer behind each cam, but some cams may require none, while others may require two. Hopefully you took notice of this during the disassembly process. The shims are installed behind the cams.

When you're ready to button up the gear case, lay the engine on it's left side, and pour about a 1/4 pint of engine oil all over the cams for lubrication. Install the cam cover with a new gasket using a non-hardening sealant. Install and tighten all cam cover bolts.

Tip: If the motor won't be started for awhile, liberally coat the cams with an assembly lube.

To prevent too much oil from getting on the generator ball bearings, Harley generators have an oil deflector, sometimes called a slinger. Two different kinds of oil slingers are found on the 45 motor; one works with the two-brush generator and the other on the three-brush generator.

On a three-brush generator, the oil deflector requires a spring between it and the bearing to hold it up against the gear. There is a spring-loaded breather on the inside of the Harley 45 cam cover that rides on the end of the gear. 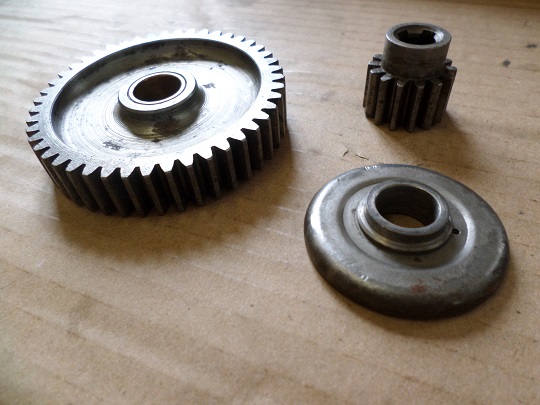 When converting from a three-brush generator, you will need to enlarge the mounting holes on the early cam cover from 1/4" to 5/16". This is easily done with a 5/16" drill bit. You will also need a pair of 5/16" mounting bolts, and the correct generator gear and oil deflector.

If you don't want to drill out your cover, you can install a pair of Heli-coil inserts into the case threads. This allows you to re-use the smaller 1/4" bolts. 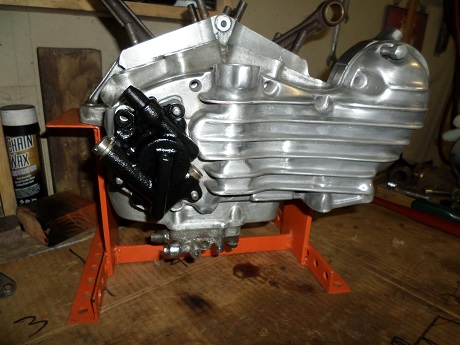 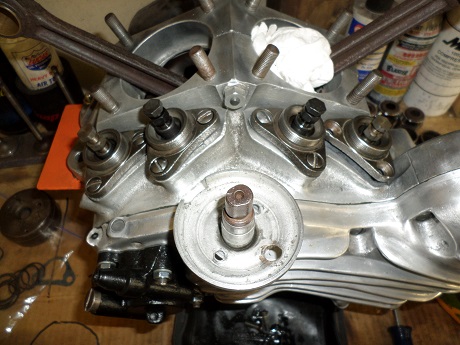 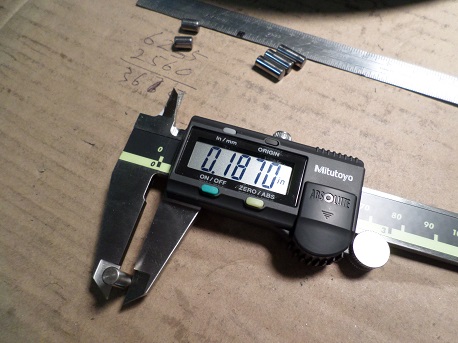