After the oil pumps were rebuilt and installed, cylinder assembly was next up on the Harley 45 rebuild. The cylinders and pistons were .030" over and only needed a light honing. The cast-iron valve guides in the cylinders had been previously replaced and were in good shape. 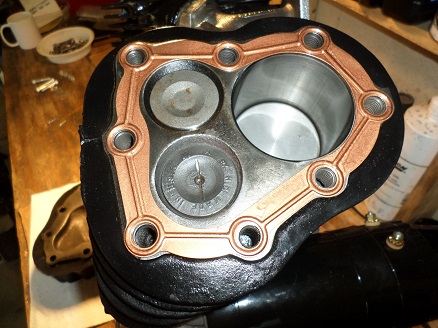 Valve guide wear refers to clearance between valve stem and valve guide. As the guide wears from mileage, the valves will gradually get play side to side as they open and close. This side to side movement can cause valves to seat improperly. For this reason, valve guides must be checked, and replaced or repaired if beyond manufacturer's specifications.

If you need valve guides, aftermarket ones are still available for most classic bikes. Worn guides are usually pressed out and pressed in. 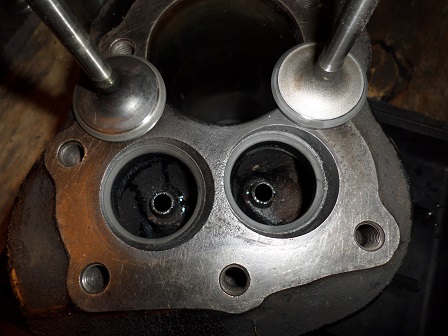 Read: How To Install Valve Guides

Since the inside diameter of guide will change when pressed in, replacement guides are made with inside diameters slightly smaller than required. After installing, the guide needs to be reamed out to increase inside diameter until the correct size is obtained.

Prior to re-assembling the Harley 45 cylinders, they were cleaned and painted semi-gloss black. I sprayed them with automotive engine paint. 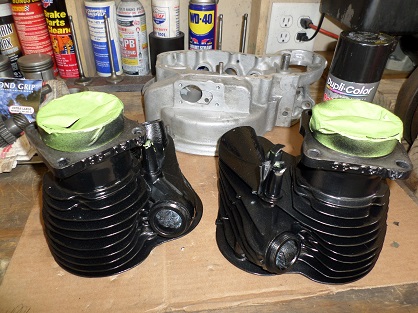 Valve guide wear can be measured several different ways. The easiest way to tell if your guides are worn is, after you compress the valve spring and take off the keepers, pull the valve out of its guide and jiggle the valve back and forth, or up and down. Actual movement can be measured with dial indicator or other precision instrument and compared with specifications in a service manual.

When closed, valves need to be air and liquid tight. If your heads were rebuilt at an engine shop, the valves will have a precise bevel, made by a machine, on the valve and seat surfaces. However, a good seal is not guaranteed. The purpose of grinding is to have the valve and valve seat make an air-tight fit. The purpose of lapping valves is to verify that the grinding was done correctly.

How To Lap Valves

If the valve seat and face were ground correctly, the lapping process should take a minute or less for each valve. It actually takes longer to clean, prepare, and round up the supplies than to actually lap the valves. You'll need a tube of valve-grinding compound and a valve lapping tool, which is basically a wooden dowel with a suction-cup on the end. 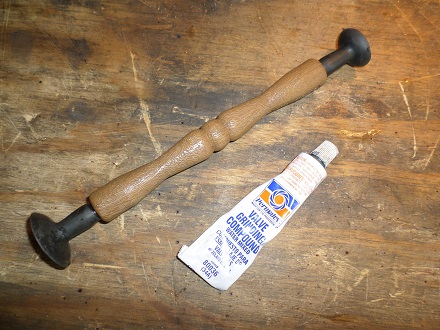 Read: How To Lap Valves 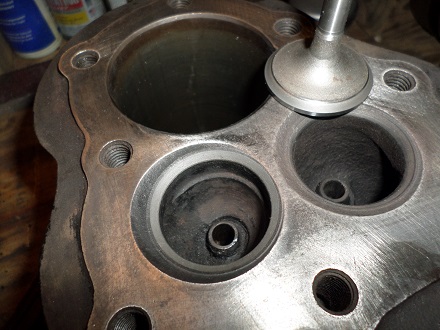 The intake valves, exhaust valves, and valve guides for Harley 45 cylinders are same from 1930 through 1973, as are the retainers, keepers, and bases. Valve size is 1.625" on both intake and exhaust, but they are not interchangeable. Exhaust valves are different in that they are heat-treated. 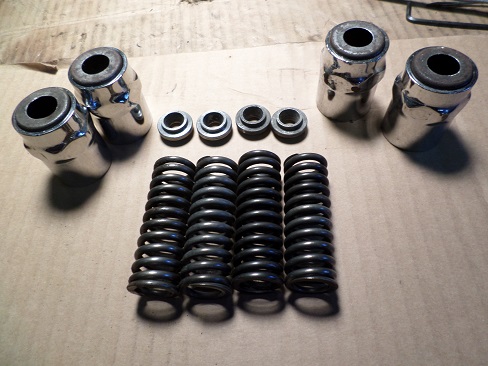 Although bigger than needed, my automotive valve spring compressor worked on the Harley 45 cylinders. Before slipping the valves into the guides, lubricate the stem with a dab of engine oil. I use 5/30W, but it shouldn't matter. 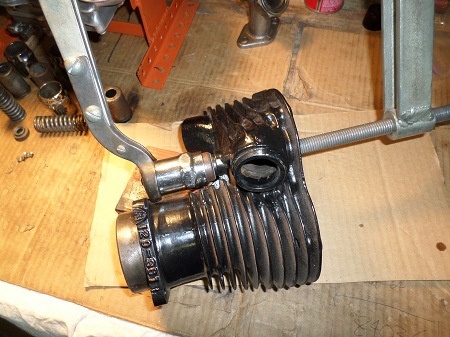 There are two styles of piston pins found on the Harley 45 flathead. The early-style pin used an L-clip and was seen until the mid 1950s. The later style was the more common E-clip seen from the mid 50's until 1973. Pictured is the early style. 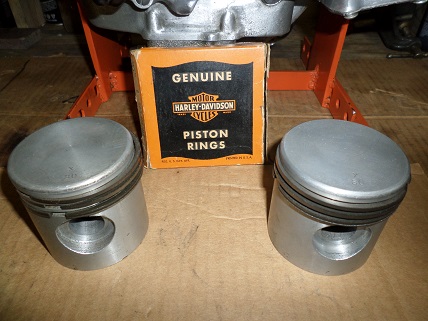 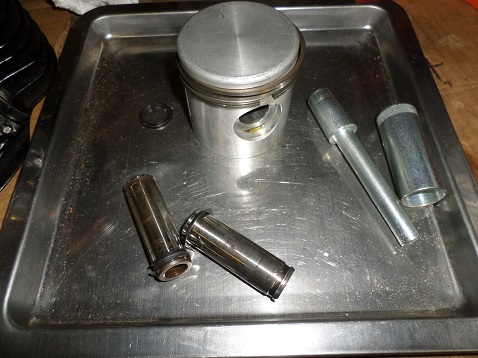 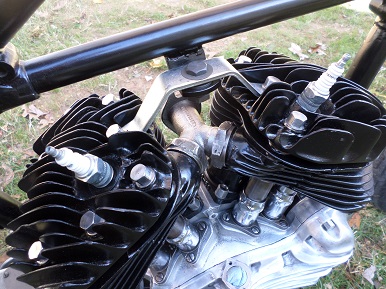 Original Harley aluminum heads are rare and expensive, which opened up a demand for aftermarket replacements. Several manufacturers offer these. A set of aluminium heads will give a slight bump in compression ratio, and are lighter than cast-iron heads.

There is usually a number stamped into each head head to indicate compression ratio. Heads marked 5.0 are low compression (5.0:1). If it reads 6.0 it is considered high compression (5.6:1). 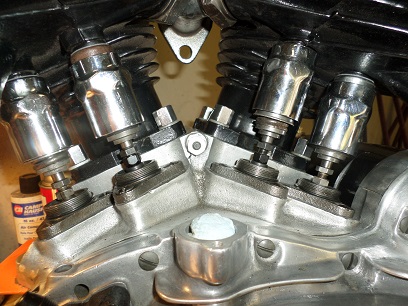 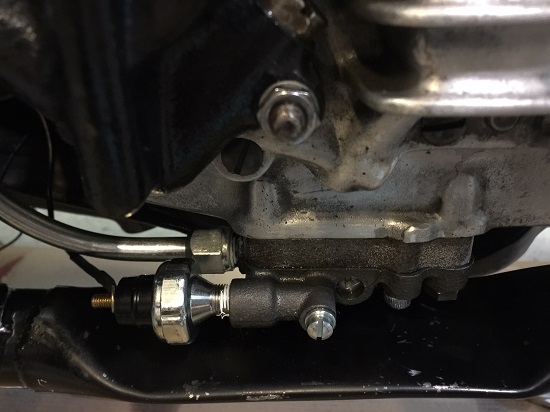