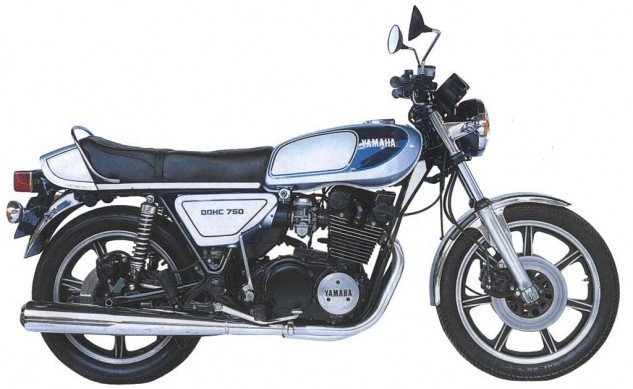 Three-cylinder motorcycles are commonly referred to as "Triples". The first production three-cylinder motorcycle was the Triumph Trident. Due to the increased displacement, they are capable of making more power than a twin-cylinder engine. Advantages over a four-cylinder bike are less weight and bulk, plus a narrower bike will have a handling advantage over an inline-four. 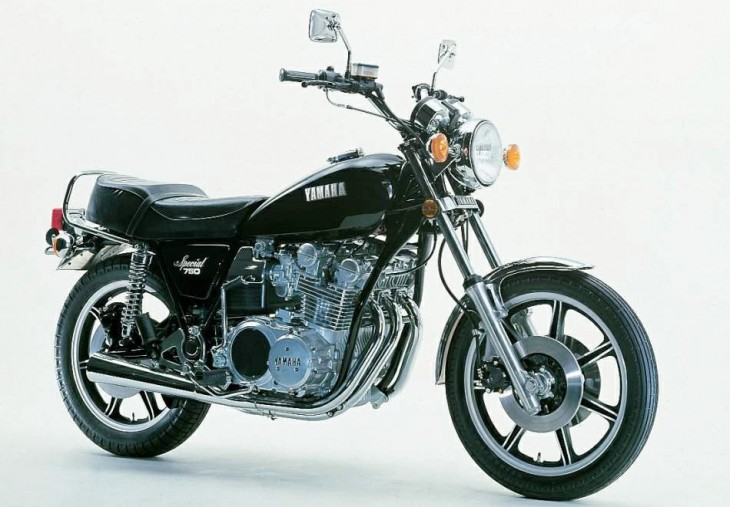 Power output from the XS750 triple was 64 horsepower. Outfitted with triple disc brakes, stopping power was very good. Total bike weight (with fluids) was about 550 pounds.

The XS750 was offered in several models:

In 1978, the three sets of ignition points were replaced with electronic ignition, increasing the rev limit of the engine from 7,500 rpm to 9,000 rpm. 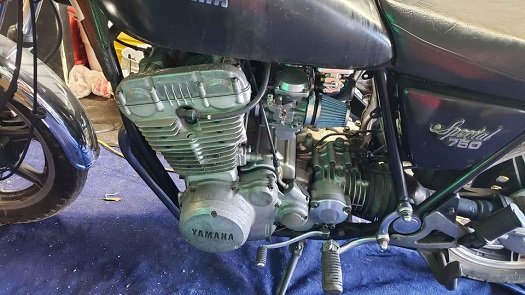 True, primary chain-drives provide more power to the rear wheel, but for something that will be used as a daily commuter a shaft-drive bike is easy to get used to.

For the first three model years, Yamaha triples displaced 747cc. In 1979, bigger cylinders and pistons were fitted, increasing engine displacement to 826cc. The engine now had a larger bore but kept the same stroke. 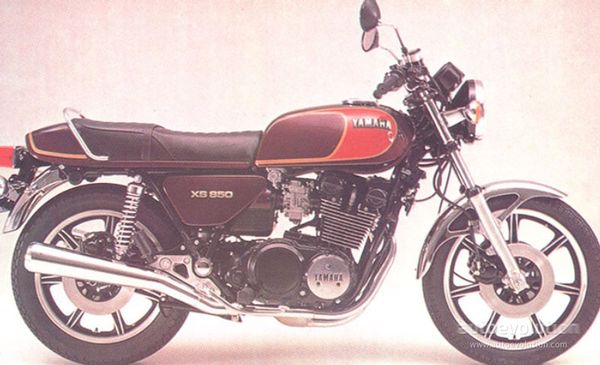