The S&S Super B has undergone minor changes over the years, but it is still a simple, reliable performance carburetor. Rejetting the B can be frustrating if you don't get the jets right the first time, but it's worth it. When your Super B rebuild is done right, throttle response should be crisp with no hesitation. 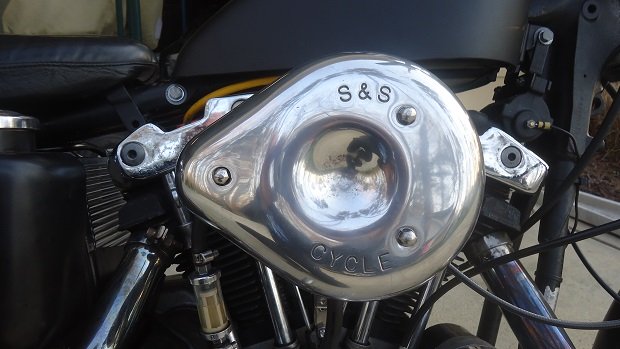 When I bought my 1976 Sportster project, it came with an older S&S Super B carburetor. It was previously on a Big-Twin motor, and without re-jetting it's really too big for a 1000cc motor. However, the Super B, with an 1-7/8" throat, is very adaptable and can be easily modified.

Due to the lack of an accelerator pump, the Super B is not as forgiving of improper jetting as the Super E and other carbs. They are not a "snap it open" throttle, and probably won't work well out of the box. The only external adjustment on the B is the idle mixture screw and idle stop screw.

On the first ride on the Sportster after it was together and running, I noticed the bog, or hesitation, coming off idle. Rolling on the throttle slowly didn't help at all. It was time for a Super B rebuild. 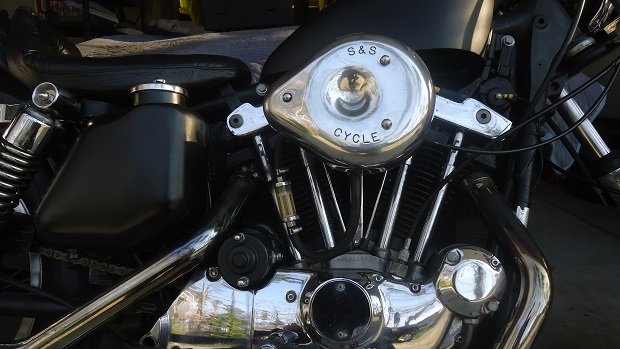 Check that your idle mixture and idle speed screws are correctly set. Factory guidelines are as follows:

If you want to check your spark plugs to determine how your carb is running, remember that you need to look at them right after a Wide-Open-Throttle run. Then close the throttle, pull in the clutch, and shut the bike off. Coasting in neutral, use only the brakes to stop. The spark plugs can now be evaluated.

If the color of the insulation around the plug electrode is white, your motor is running lean and needs more fuel. If the plugs are dark-brown or wet, it's running too rich. A light to medium-tan color is ideal.

Re-Jetting the Super B 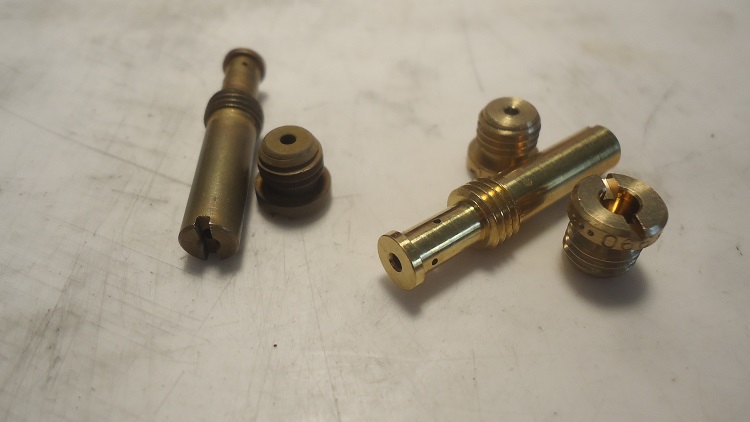 A Super B rebuild includes carb removal and disassembly, cleaning, checking for play in the throttle plates, changing the jets, and reassembling. No special tools are needed, but time and patience are required. S&S Cycle makes a master rebuild kit for the Super B, part 11-2914. 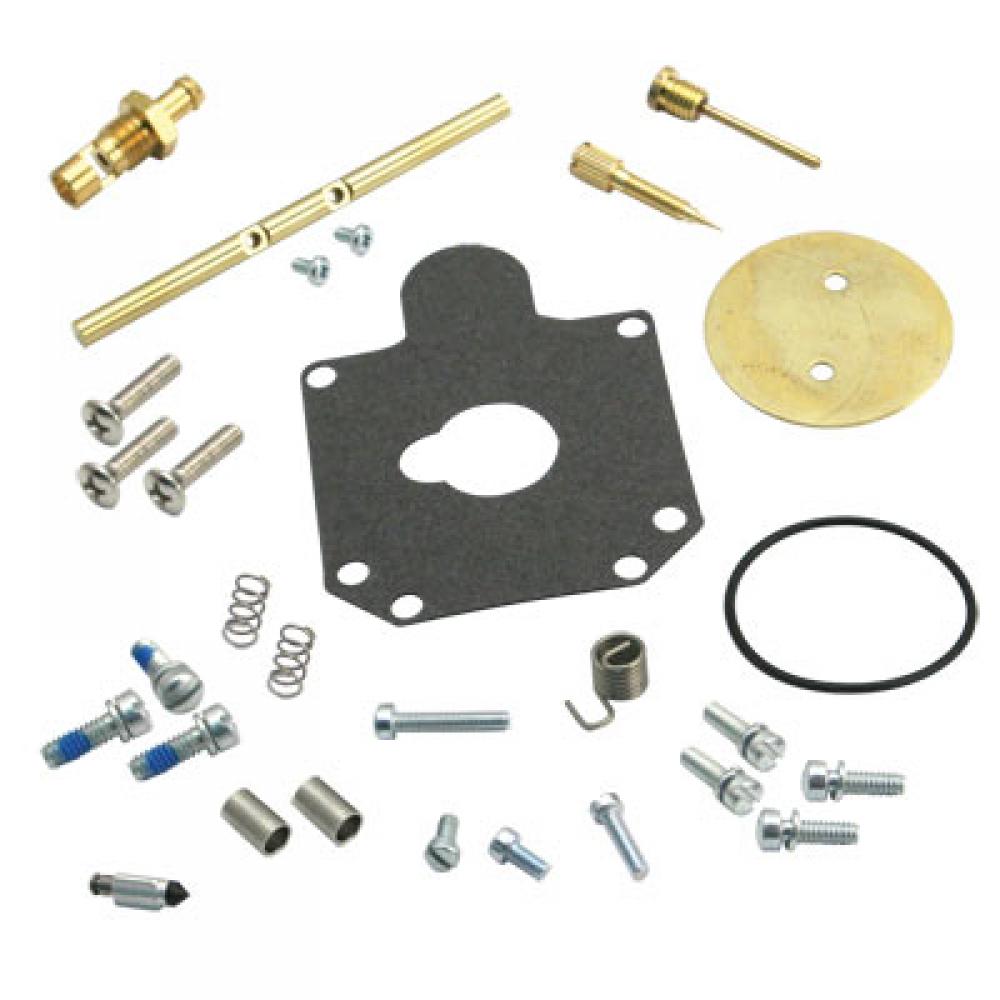 You don't need to remove the carburetor to change the jets (you can remove them from underneath), but if you have no history of the carb, you may want to take it off and disassemble it. 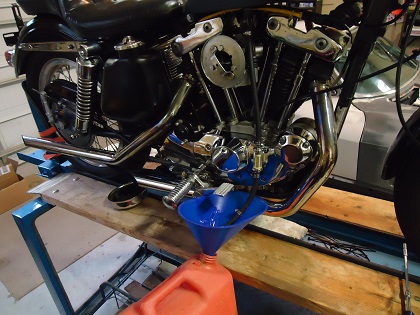 Start with taking the air cleaner off. Remove the gas-hose from the carb. I stretched it down into a funnel then into a gas jug. After the hose was drained, I stuck a bolt in the open end to prevent any residual gas from leaking. Remove the bottom drain plug (5/8") from the carb float bowl to let the gas drain out. There's more gas in there than you think.

Loosen the two bands that hold the carb to the manifold. Remove the carburetor. I left the throttle cable attached and took the right-hand grip off the bike. 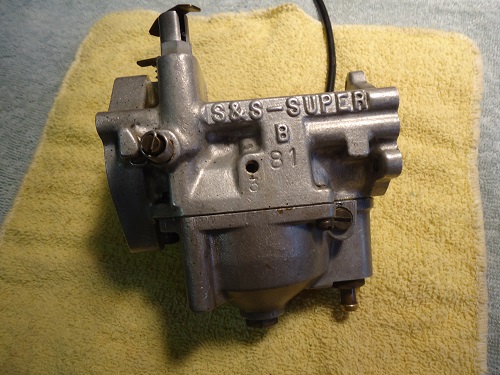 Once the carburetor is off, find a tray or pan to set it in. A camera comes in handy so that if life gets in the way of your Super B rebuild, you can reference back to the pictures at a future date. 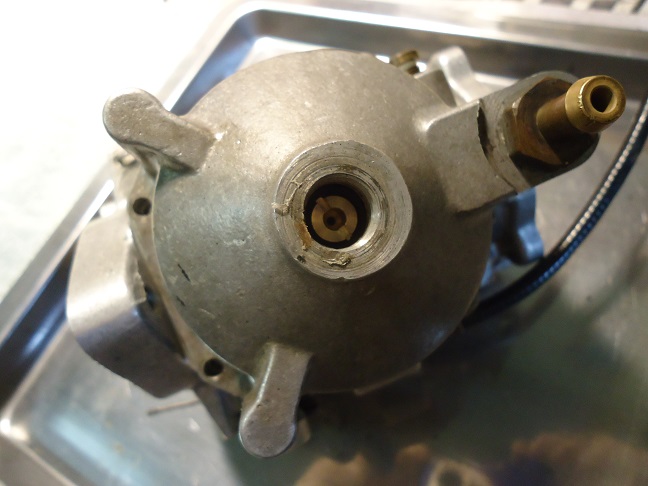 Take out the four screws holding the float bowl to the body of the carburetor. Remove the bowl and gasket from the carb body. You may have to scrape off the gasket with a scraper. If you use a razer blade, be careful not to knick the gasket surface. 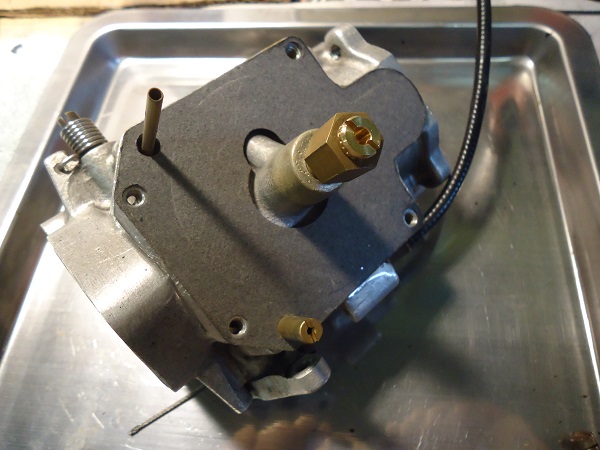 You now have access to the jets. The main jet is in the center of the carburetor. Underneath it (in the picture) is the intermediate jet. 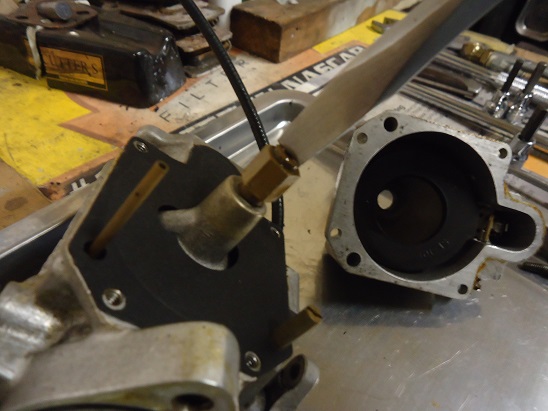 Unscrew the main jet. The old jet will have a number on the side that tells you what size it is. Replace with the new jet. It is highly recommended to change one jet at a time. 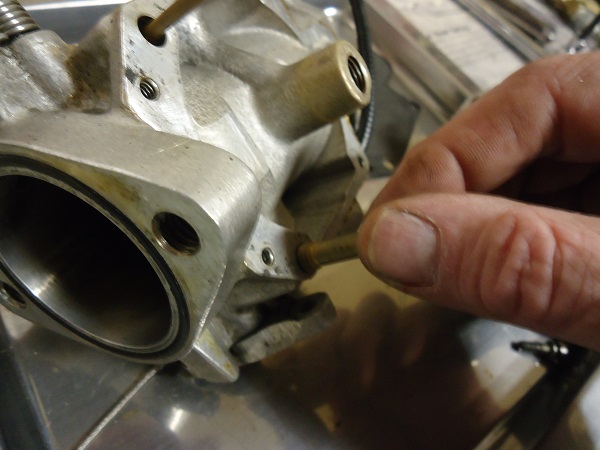 While you have the Super B apart, check for throttle-shaft play. Also check the float level. 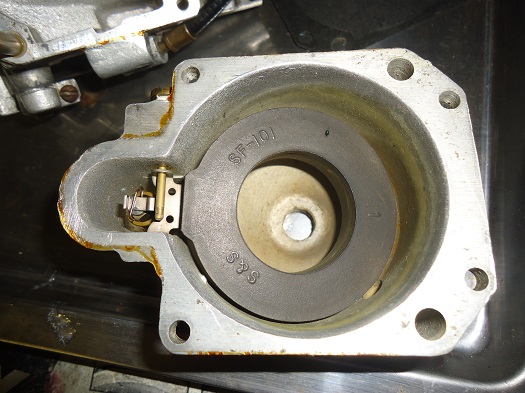 With the new jet installed, button the carb back up using a new float bowl gasket. Reinstall the carburetor back on the bike using a new carb-to-manifold o-ring. 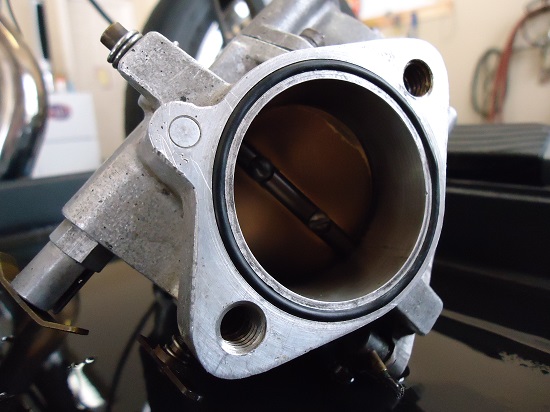 Re-attach gas hose. Remember to attach the hose to the overflow tube fitting and route it towards the back of the engine.

After double-checking to make sure everything is good and tight, start the bike up and take it for a ride. As you ride the bike, listen and notice how it performs at different RPM levels. If the issues weren't cleared up by the new jet, chances are you need to go another step on the jet size. Throttle response should be crisp with no hesitation.

Replacing jets a 2nd or 3rd time can be done with the carburetor still on the bike, it's just a little more awkward. Again, change one jet at a time, reinstall, and road-test again. 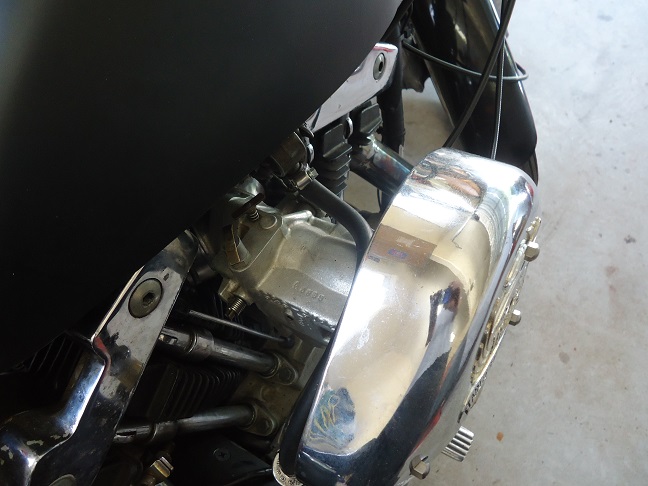 If you run Wide-Open-Throttle a lot, you may want to change the fuel-valve to a high-flow type. Be aware though, some of the chrome aftermarket ones are more restrictive than the stock fuel-valves.

Running straight unmuffled drag pipes can cause mid-range stumble on a street bike, and may prevent you from obtaining optimum carburetor performance. By creating just a bit of back-pressure on the exhaust, the mid-range stumble may go away.

I'd been running straight pipes on my Sportster for years, and was hesitant to do anything that might disrupt that beautiful Ironhead exhaust note. But apparently by adding a 1/4" nut and bolt placed 6" to 8" up the end of each pipe causes enough turbulence to help reduce stumbling.

After time, the weight of the Super B carb may create leaks at the intake manifold gaskets. Installing a carb bracket is recommended. It's also required if you run your bike at a track. 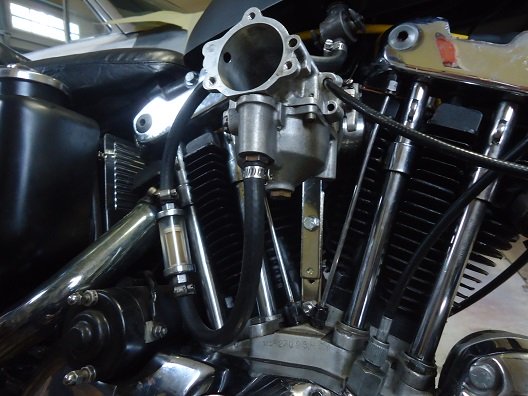