Held on a small island off the west coast of England, The Isle of Man TT is recognized as one of the world's most challenging and dangerous motorcycle race courses. 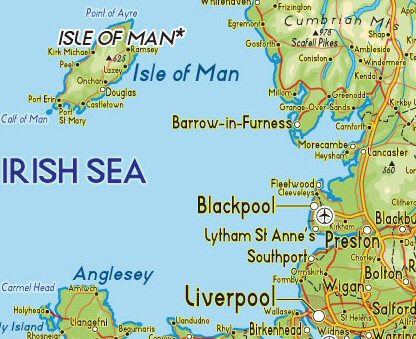 Since 1907, the TT (Tourist Trophy) has been run entirely on public roads, which are regularly used by Manx citizens the rest of the year. Each lap of the TT course covers 37-3/4 miles (60 kilometers), with elevation changes ranging from sea level to 1,300 feet. The event is run in late May/early June each year.

The TT first started in 1904, as road restrictions on mainland Great Britain forced race organizers to look for a new home. In the UK, an act of Parliament a year before forbid road racing, even the organized kind, while a speed limit of 20-mph was unlikely to provide any excitement in any case.

Sir Julian Orde, the Secretary of the Automobile Club of Great Britain and Ireland, headed to the Isle of Man in the belief that he would find a more welcoming home for organized road racing. After negotiations, Orde was granted his wish, and later that same year, the Gordon Bennett Eliminating Trial was introduced on the Island.

Originally, the event was only for touring cars, but the following year, a motorcycle race took place a day after the main event and it was soon to edge out the cars in terms of popularity. 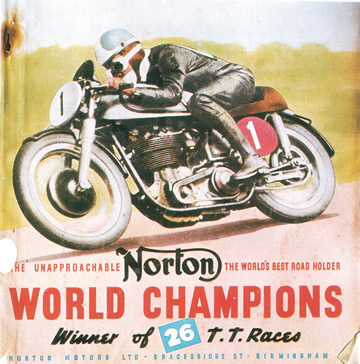 The course was initially set on mountain roads (St. Johns course), but with small, single-cylinder engine bikes struggling to cope with the climbs, it was diverted to the now-famous 37-3/4-mile Mountain Course (main A3 between Douglas and Ballacraine).

In 1907, Rem Fowler's twin-cylinder Norton won the first ever Isle of Man TT Race. Norton has since recorded over 26 first-place wins. 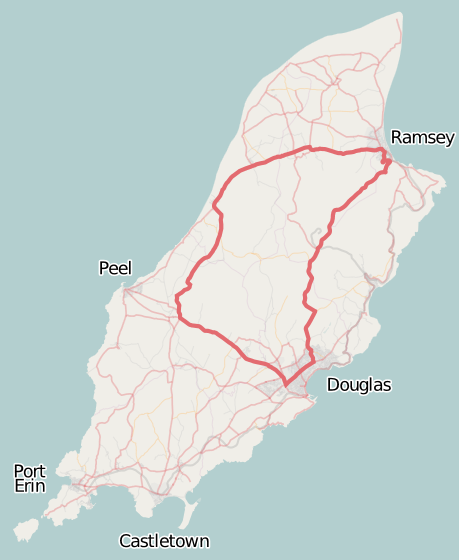 The early years of the TT featured some of the greatest names in motorcycle production. This included the Scott company of Yorkshire, who supplied many of the competitors and provided some of the earliest winners.

Matchless and Norton were featured heavily during the early events, and it was the Matchless company as a whole who were partly responsible for the first official TT. Amidst allegations of cheating elsewhere in the world, the idea for an event on closed roads was mooted and the first race to be known as the Isle of Man TT took place in 1907.

The Isle of Man TT was not run during the first World War, but returned in 1920. In 1921, none of the riders finished the race due to various mechanical issues.

Growing in popularity, the TT began to attract more spectators and riders than ever before. Many believe that 1922 marked a real breakthrough with Tom Sheard, a Manxman, winning the 350cc class on an AJS.

A year later, Sheard won on a Douglas motorcycle. His local course knowledge in the day's poor weather gave him his second TT Race win.

His winning 3.5 horsepower Douglas now resides in the Manx Museum.

The 1930's saw the TT become the most prestigious event on the calendar and also a shift in terms of winning bikes. 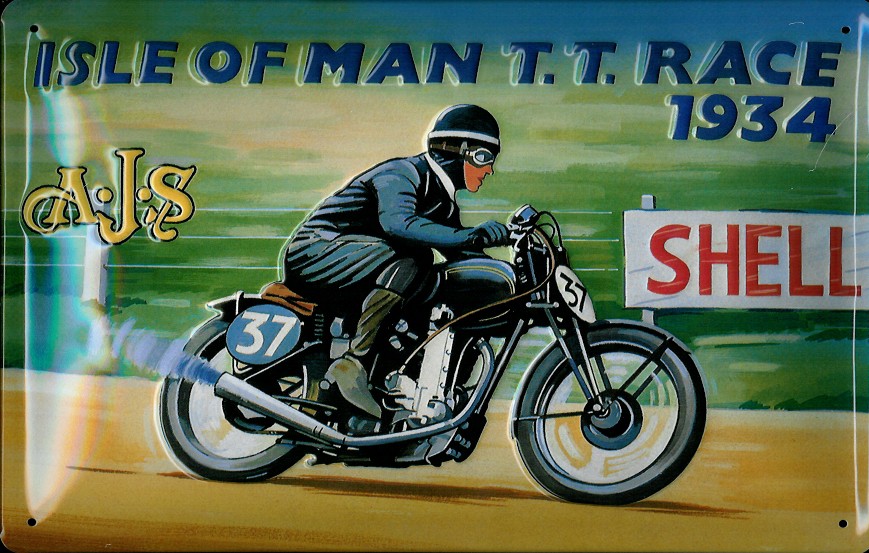 Up until this point, the likes of AJS, Sunbeam and Rudge had dominated, but they started to be eclipsed in the main by Norton, as well as overseas makes such as BMW and DKW.

With their riders wearing swastika insignias on their leathers, Germany sent three teams (BMW, NSU and DKW) to the Isle Of Man in 1939. For the Senior event, Georg Meier rode a BMW Type 255 RS-500, which featured a mechanical supercharger (kompressor). The 494cc engine produced 60 horsepower at 7,000 rpm.

Meier won the Senior TT race with an average speed of 89.38 mph, getting up 137 mph on the straights. Jock West (a Brit) also riding a kompressor BMW, completed the course just two minutes after, giving BMW an impressive one-two victory. Meier was the first rider from outside Great Britain to win the Senior Tourist Trophy.

Just three short months after the 1939 TT event, Britain and Germany were engaged in a terrible, costly war. The Isle of Man TT was not run during the years 1939 through 1946.

After World War 11, the IOM TT resumed again in 1947. Further upgrading with the course and new regulations followed. German motorcycle manufacturers were not allowed to race until 1949 due to post-war restrictions.

The 1950's marked the era when the TT evolved into the event that we know today. With World Championship status, top competitors from across the globe arrived to give the race more creditability than it had ever experienced. The classic bikes that had added so much prestige to the event throughout its history were now joined by a new range including Italian makes such as Mondial, MV Augusta and Gilera. 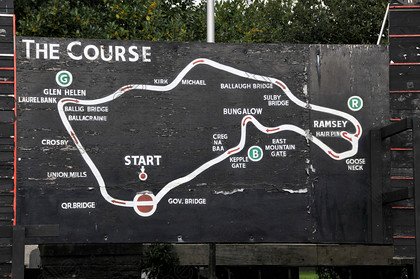 The 1960's saw some of the greatest motorcycle racers emerge. In 1961, Mike Hailwood became the first man in the history of the Isle of Man TT to win three races in one week - the 125cc, 250cc, and 500cc categories. In 1967, he set a lap record of 108.77 mph, riding his infamous Honda 500-4. That record would stand for the next eight years. Hailwood's battles with Giacomo Agostini were to become features of the TT for years.

In 1970, a race-prepared Triumph Trident nicknamed 'Slippery Sam' took fourth place in its first year in the Production TT, and won first place in the next five consecutive races (1971 to 1975) with several different riders. 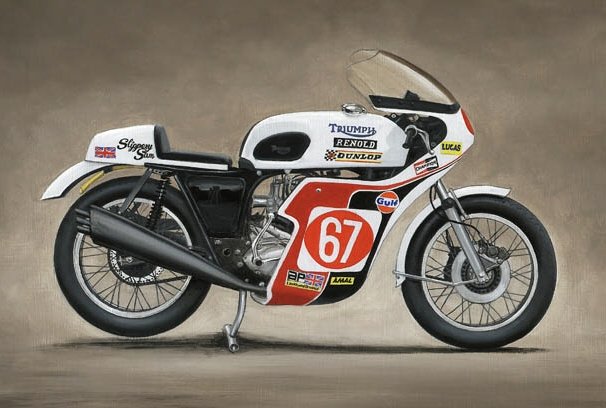 Mike Hailwood continued his impressive streak through the seventies. After an 11-year hiatus from motorcycling, Hailwood, at 38-years-old, won the TT again in 1978, this time on a Ducati 900SS. In 1979, he returned once more to win his 14th and final TT.

Isle Of Man - Eighties and Beyond

The eighties brought about a new focus, with it's association with the British Grand Prix and the dominance of super bikes from Suzuki, Kawasaki and Honda. Rider Joey Dunlop enjoyed many great duels with Carl Fogarty in the 1990s. At age 48, Dunlop won his final victory in 2000. Truly a thrilling spectacle, the Isle of Man TT continues to be the most exciting motorcycle racing event in the world.