Recently I installed a Yuasa AGM battery in my old Beemer. I had previously installed the same type on a Harley Sportster and had good results. They hold a charge better than conventional batteries, even after months of sitting.

What Is An AGM Battery?

AGM is not a brand name. AGM stands for Absorbent Glass Mat, which is an advanced type of lead acid battery. There is a special glass mat separator that 'wicks' the electrolyte solution between the battery plates.

AGM batteries are sealed, spill-free, and maintenance-free. They have a much lower discharge rate than a conventional battery, making them a great choice for vehicles that are not used every day.

There are two types of AGM batteries. Those that are factory activated (electrolyte already added), and those that are bottle-supplied, in which the consumer needs to fill with electrolyte to activate. 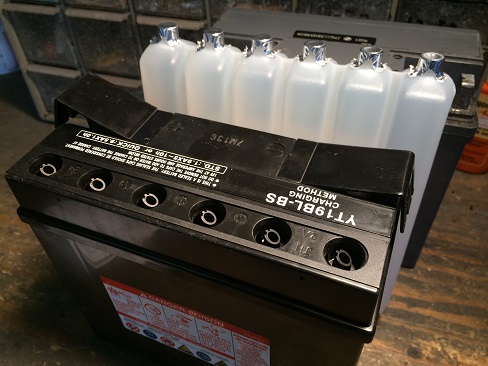 When bought online, an AGM battery is shipped with a separate plastic bottle of electrolyte. The electrolyte is often referred to as acid, but it's actually a mixture of water and sulfuric acid.

How to Activate an AGM Battery

Activating a bottle-supplied AGM Battery is a simple multi-step process, but does require care and patience. First, place the battery on a level surface. Removing the tin-foil strip from the battery uncovers six angled filler ports.

Place the electrolyte container face-down into the cell filler ports. Hold the container level and push down only hard enough to break the foil seals. 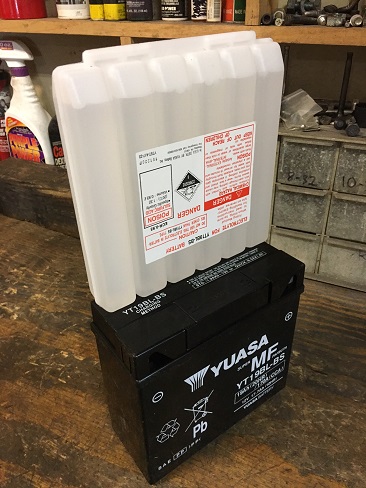 The electrolyte will start to flow into the battery. During this process, you will see air bubbles inside the container. Do not tilt the container while filling. 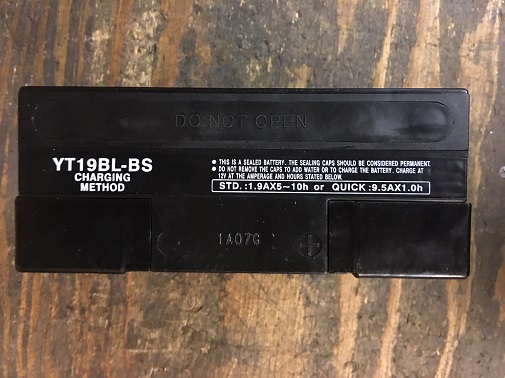 After the electrolyte was in, I noticed the battery was warm to the touch, and it stayed warm for about an hour afterwards. Before putting it on final charge, I waited for the battery casing to cool down. This "stand" period is actually recommended by the manufacturer.

With the electrolyte added, the battery registered 12.5 volts on my digital multimeter. However, a final charge is still required.

Most all constant-current chargers are capable of reaching the 14.5-14.7 voltage that an AGM battery is capable of. 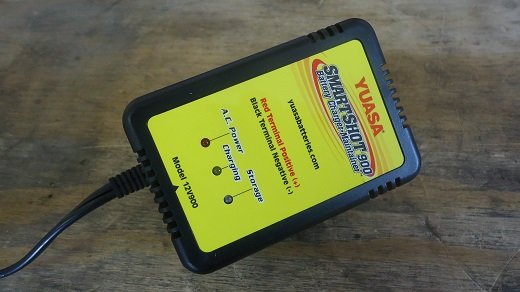 Most older chargers do not have enough charging voltage to top off an AGM battery completely. For instance, my 10-year-old trickle charger only charges up to 13.5 volts. 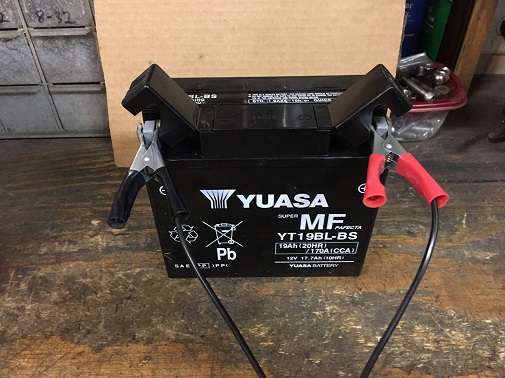 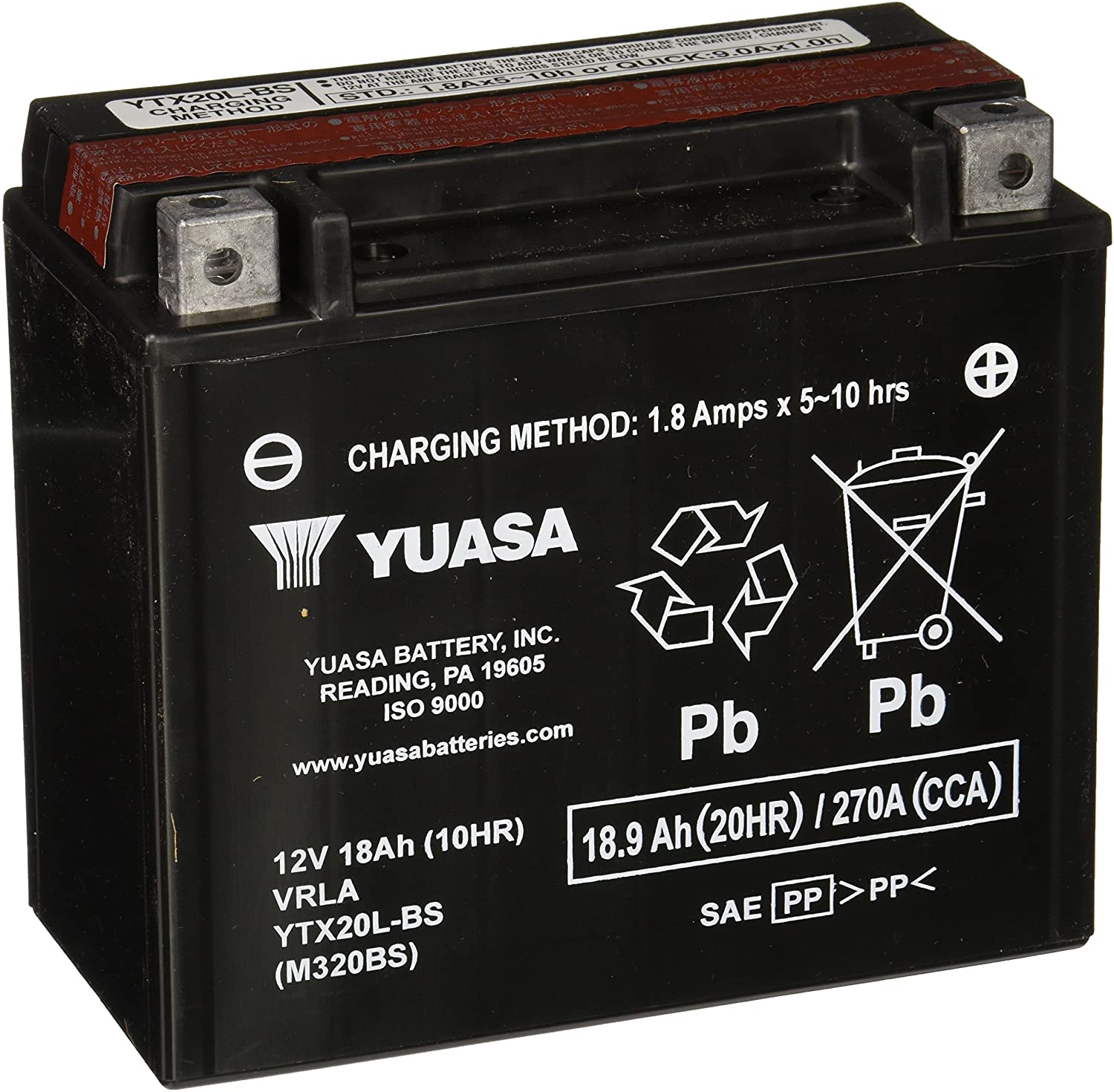 Because they're not always easy to get to, a maintenance-free AGM battery is a good choice for a custom bike. The battery in the hardtail Sportster below is a Yuasa YTX16-BS. It sits inside a metal battery box underneath the oil tank. 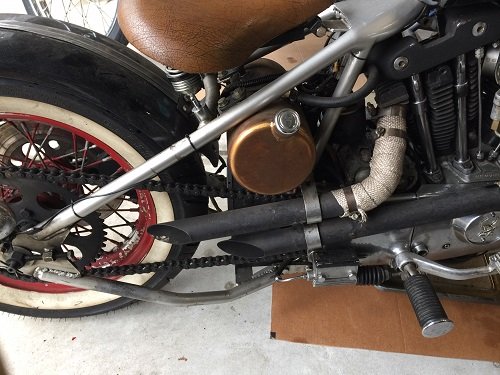 NOTE: If you're installing an AGM battery on it's side, check with the manufacturer to verify that it can be positioned in that way. Some can but others can't, and it may leak around the terminals. 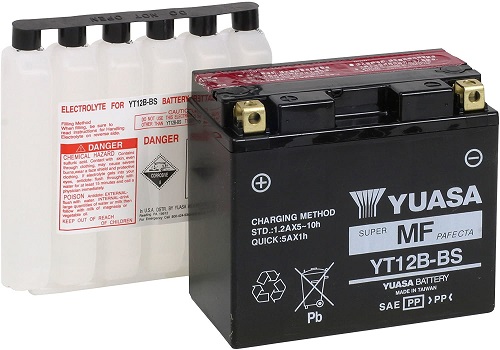